SOCKS KNITTED IN THE GAIRLOCH PATTERN 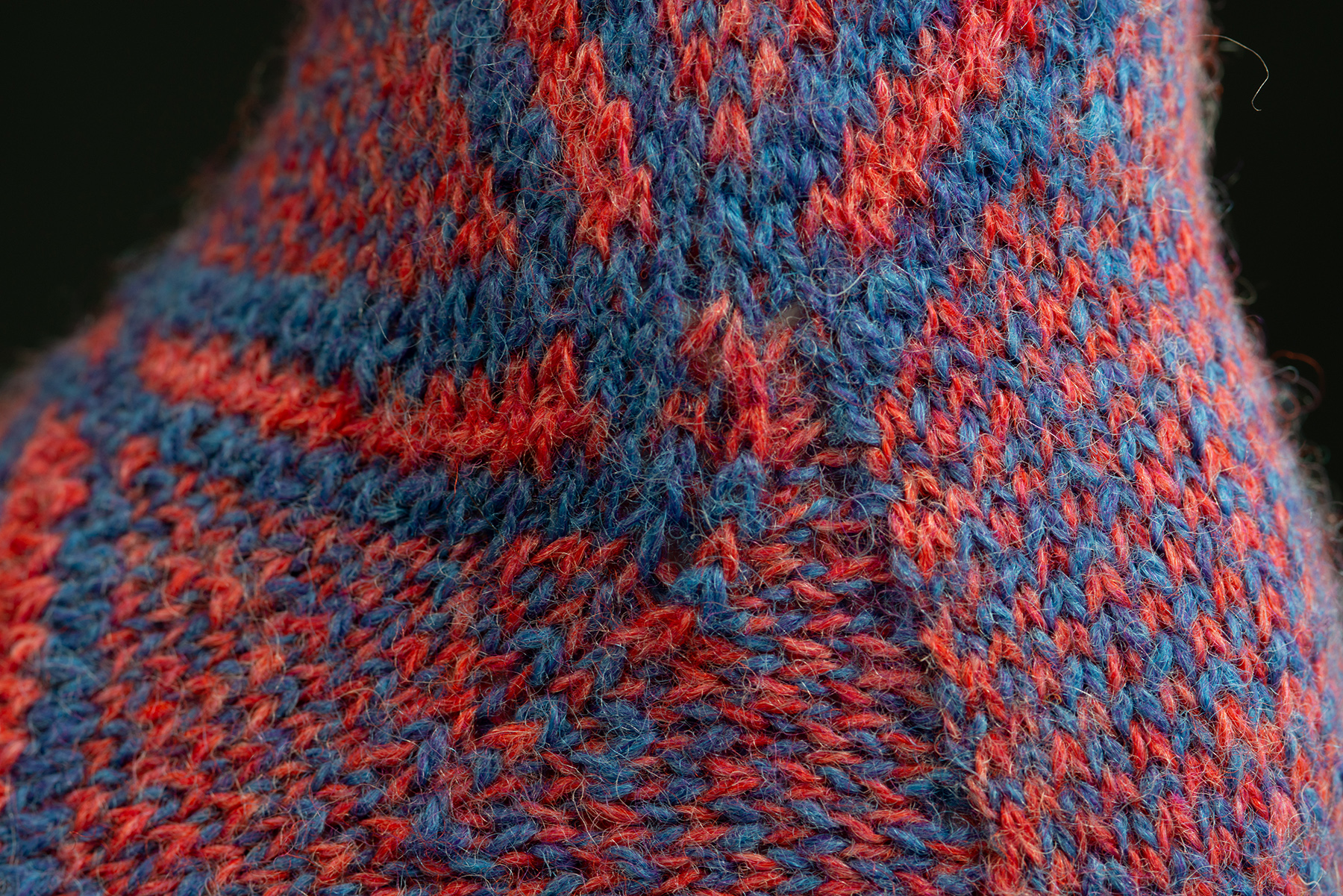 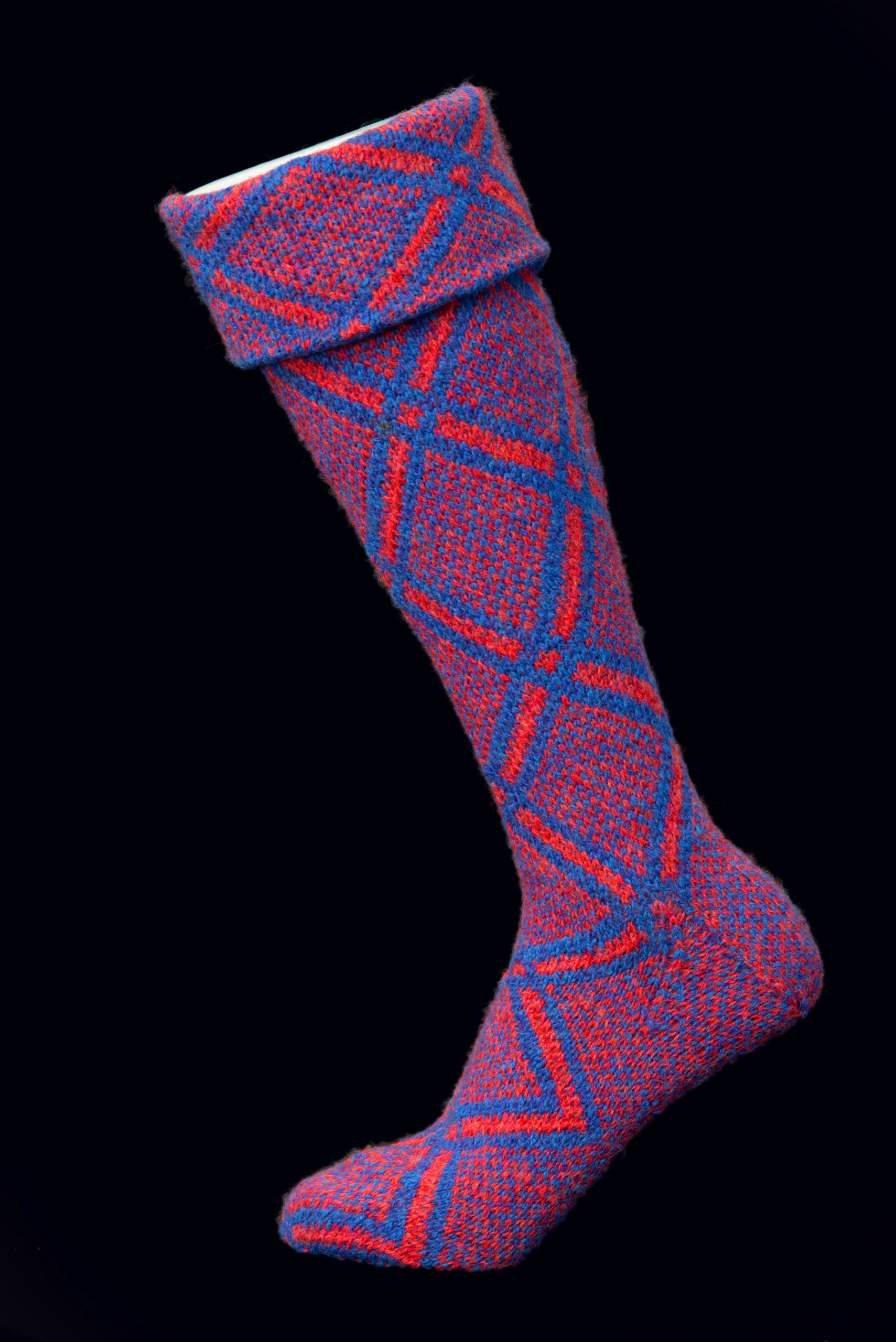 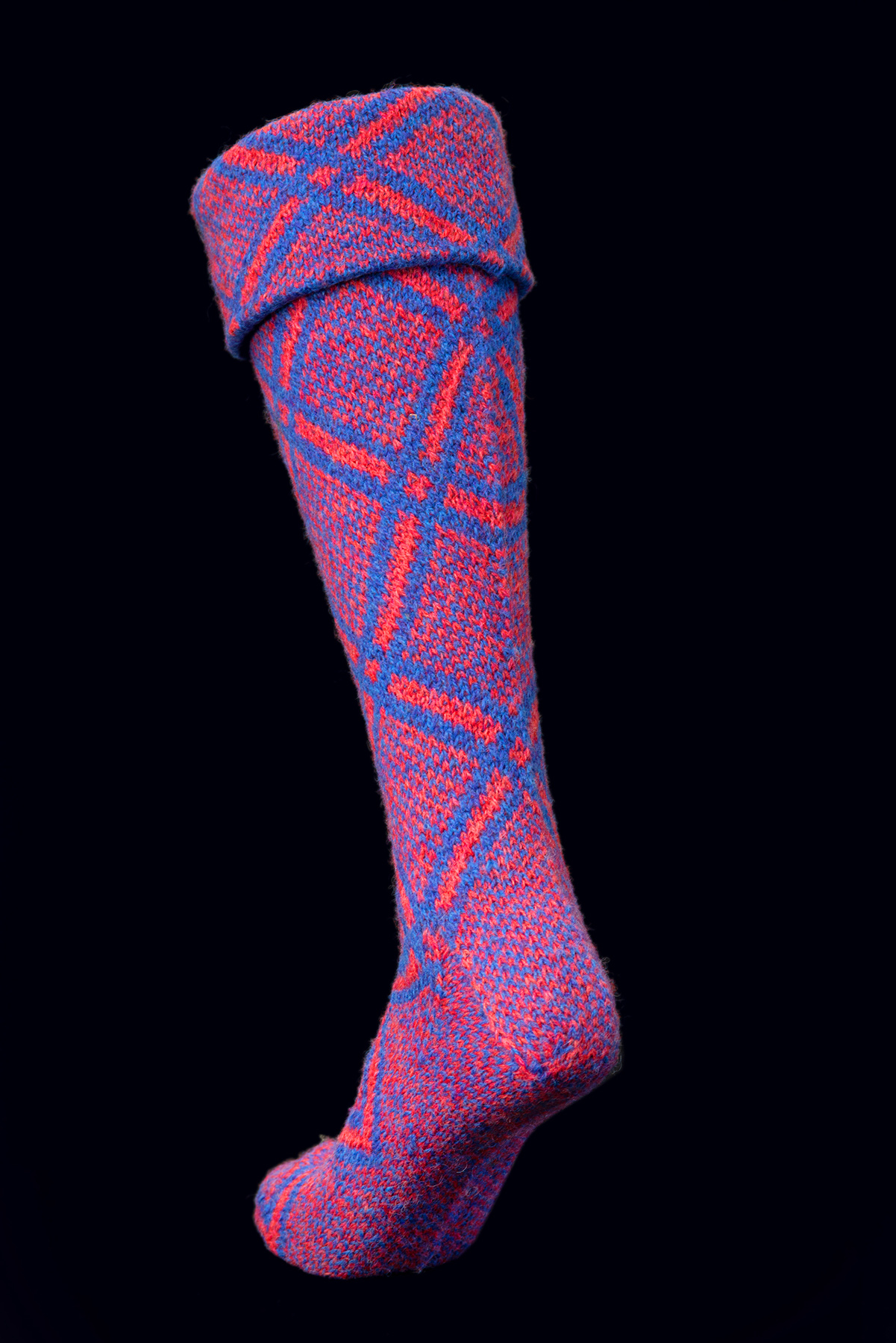 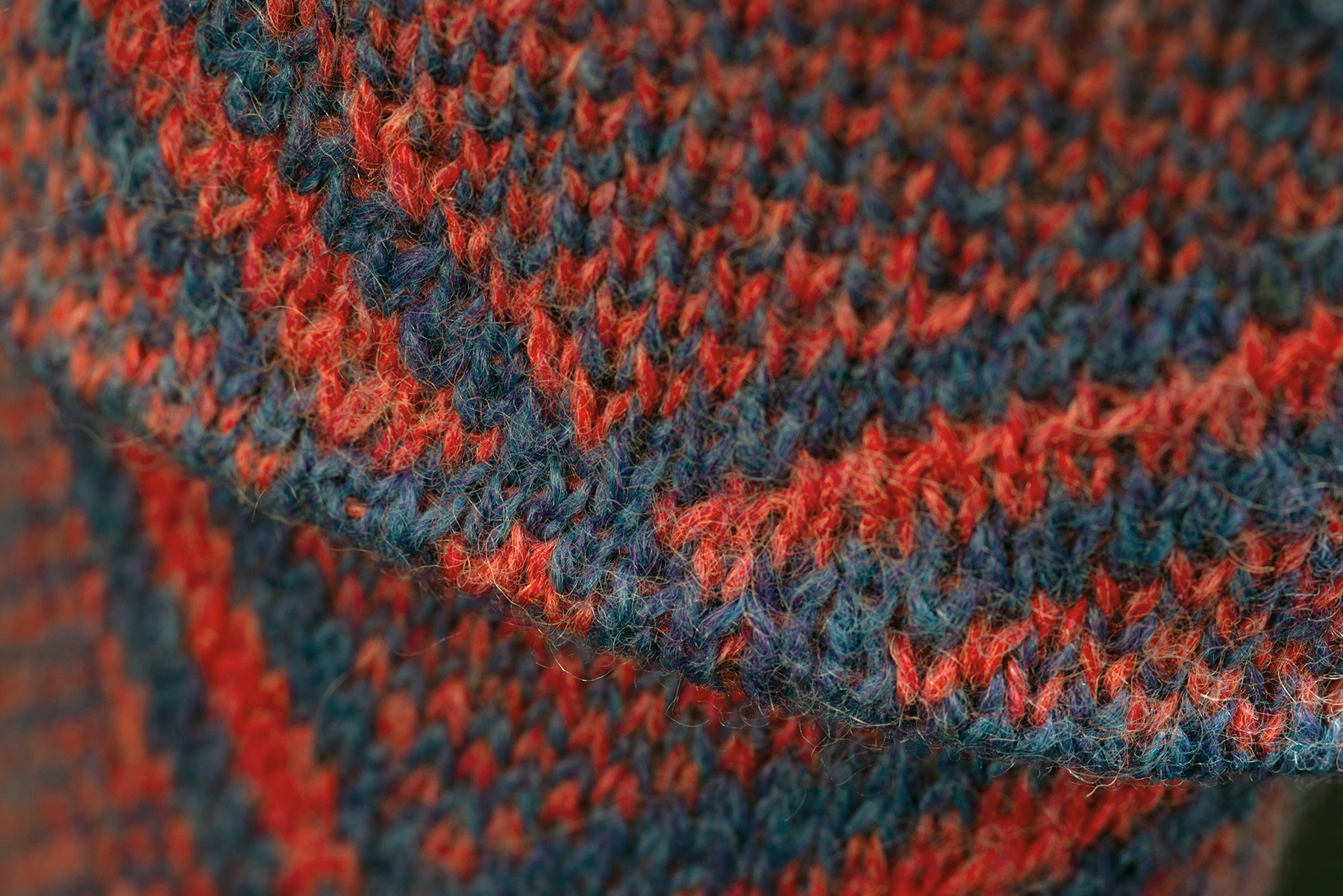 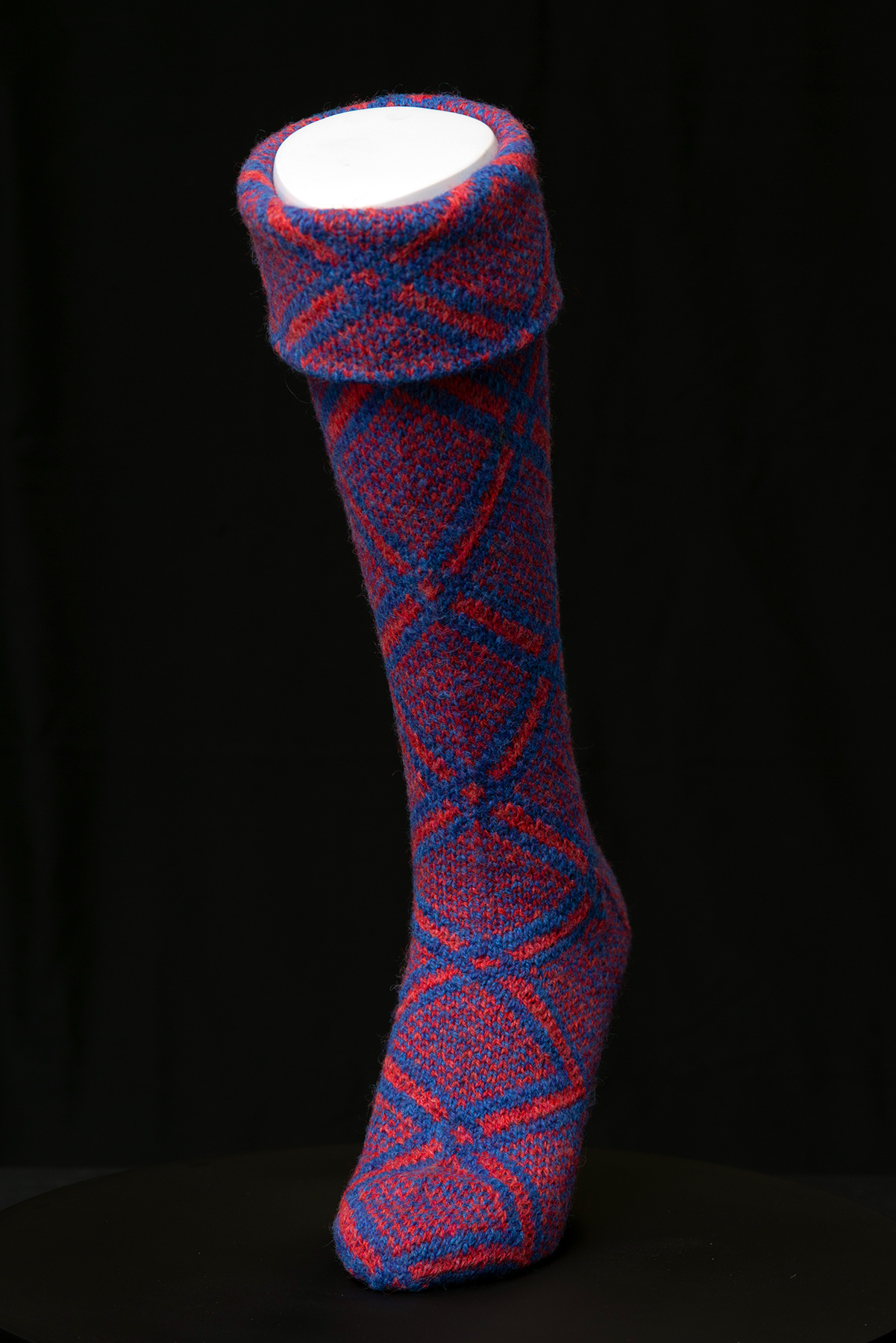 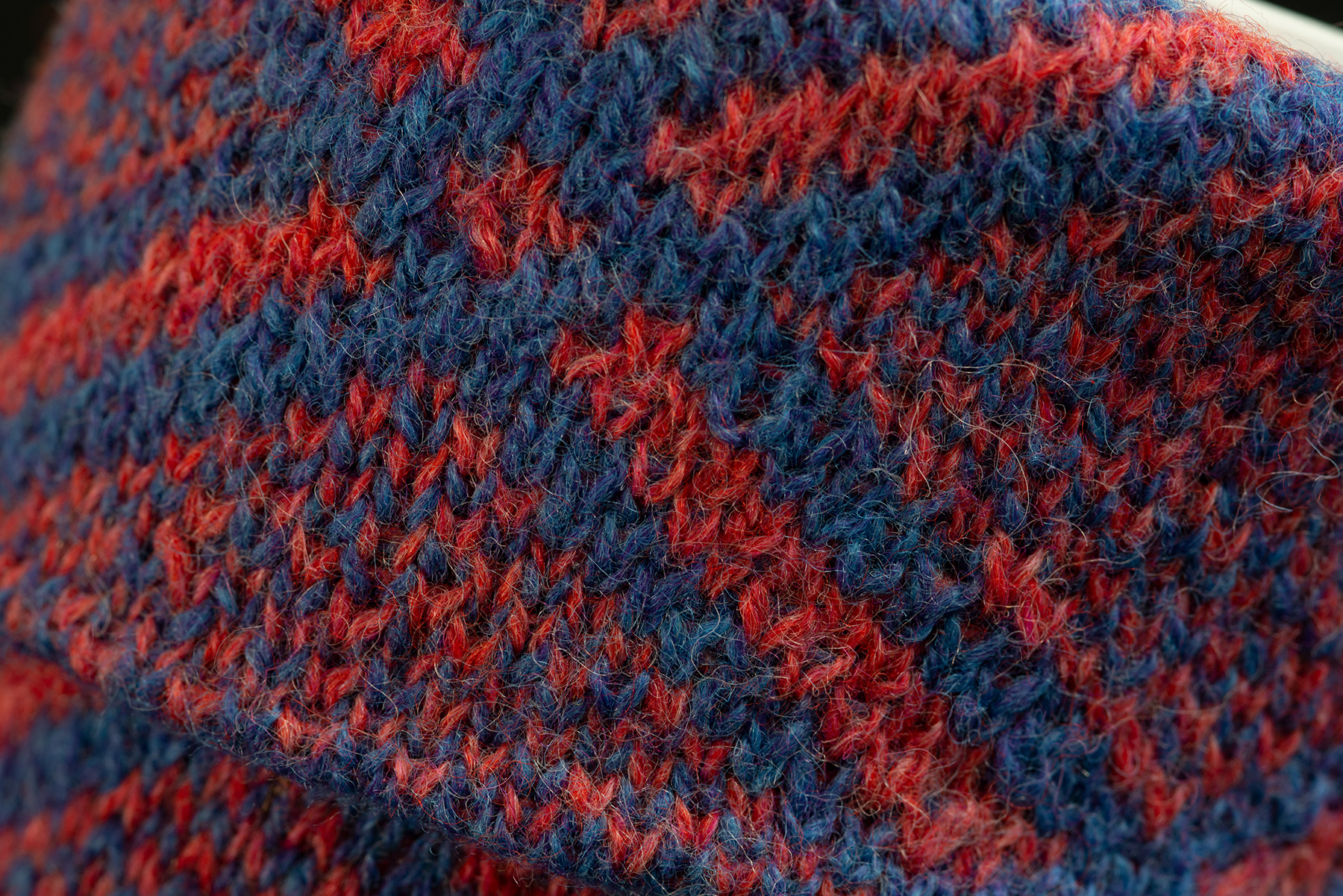 These socks are knitted in the unique ‘Gairloch pattern’, first documented in the mid nineteenth century. The Mackenzies of Gairloch supported work schemes for their tenants during the 1840s potato famine. Spinning and knitting were encouraged to provide an income for women. Gairloch stockings were of high quality and were exported to Edinburgh and London. They were knitted in a variety of patterns and colours, including this one which imitated tartan and became the most popular.

This piece is on display and the museum is open now. Visit our website for more details and to plan your Highland Threads tour!

The potato famine of the early 1840s left many Highland families destitute and strenuous efforts were made by the lairds of Gairloch to provide a means of subsistence for their tenants. Woollen garments were developed by local knitters using wool from local fleeces, home spun and dyed with local plants taking advantage of skills which people already possessed. The double-diamond Gairloch Pattern became a favourite design.

To instruct local women to a higher standard, Lady Mackenzie of Gairloch employed an expert in spinning. A letter written in 1847 to the Destitution Board in Edinburgh states that Lady Mackenzie ‘… has got above one hundred women employed spinning wool who work up about thirty-five stones per week which is then knitted into stockings or woven into cloth.’

For the rest of her long life, Lady Mary Mackenzie held exhibitions of yarns and stockings to promote the Gairloch home industry and gave prizes. It is estimated that the annual value of the exports from the area was at least £500 by the end of the nineteenth century. A national ‘Home Industry’ Society was established towards the end of the 1800s.

The Gairloch pattern hand was also applied to waistcoats and other garments. Sometimes there was a pattern within the diamond, such as a stag’s head or a cross. The pattern can be altered to accommodate smaller garments, such as children’s socks. Gairloch Museum has many examples in its collection.

The Gairloch pattern was revived in the 1970s by Becca Macaulay of Opinan who created this colourful pair. She was known locally as a great knitter. Our stockings date to this period. In 2015 a modern knitting pattern for Gairloch Pattern Stockings was published by the Museum based on stockings in the collection. Gairloch Museum has also published a knitted headband pattern in the Gairloch pattern design.

Like traditional Fair Isle knitting, the Gairloch double diamond is a living part of Gairloch’s cultural heritage. The Museum enjoys receiving photographs from knitters around the world of garments that have been created in the famous Gairloch pattern.

Would you like to knit your own Gairloch stockings and support Gairloch Museum?
Find the pattern here:

Help GAIRLOCH MUSEUM work through the pandemic closures by DONATING.