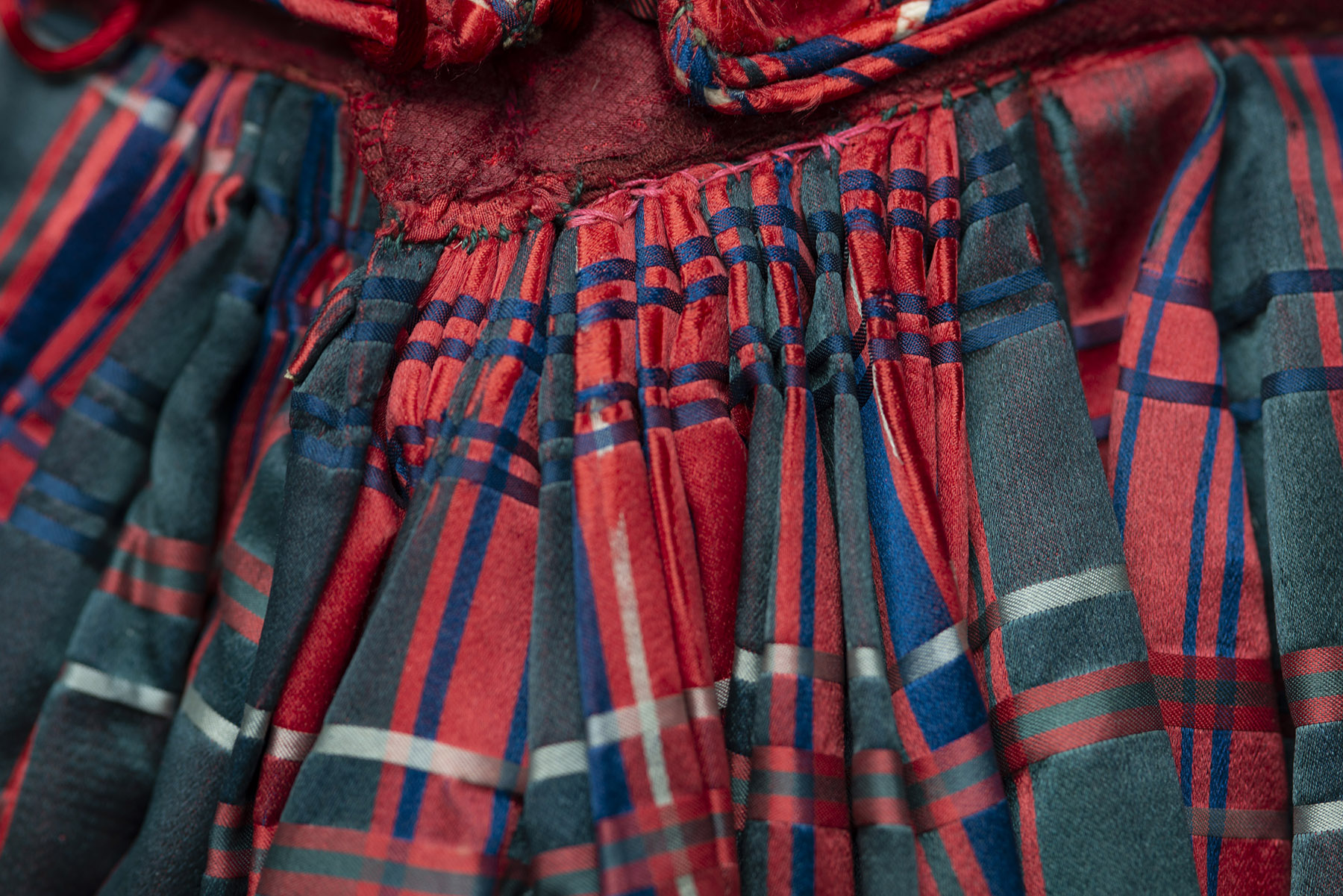 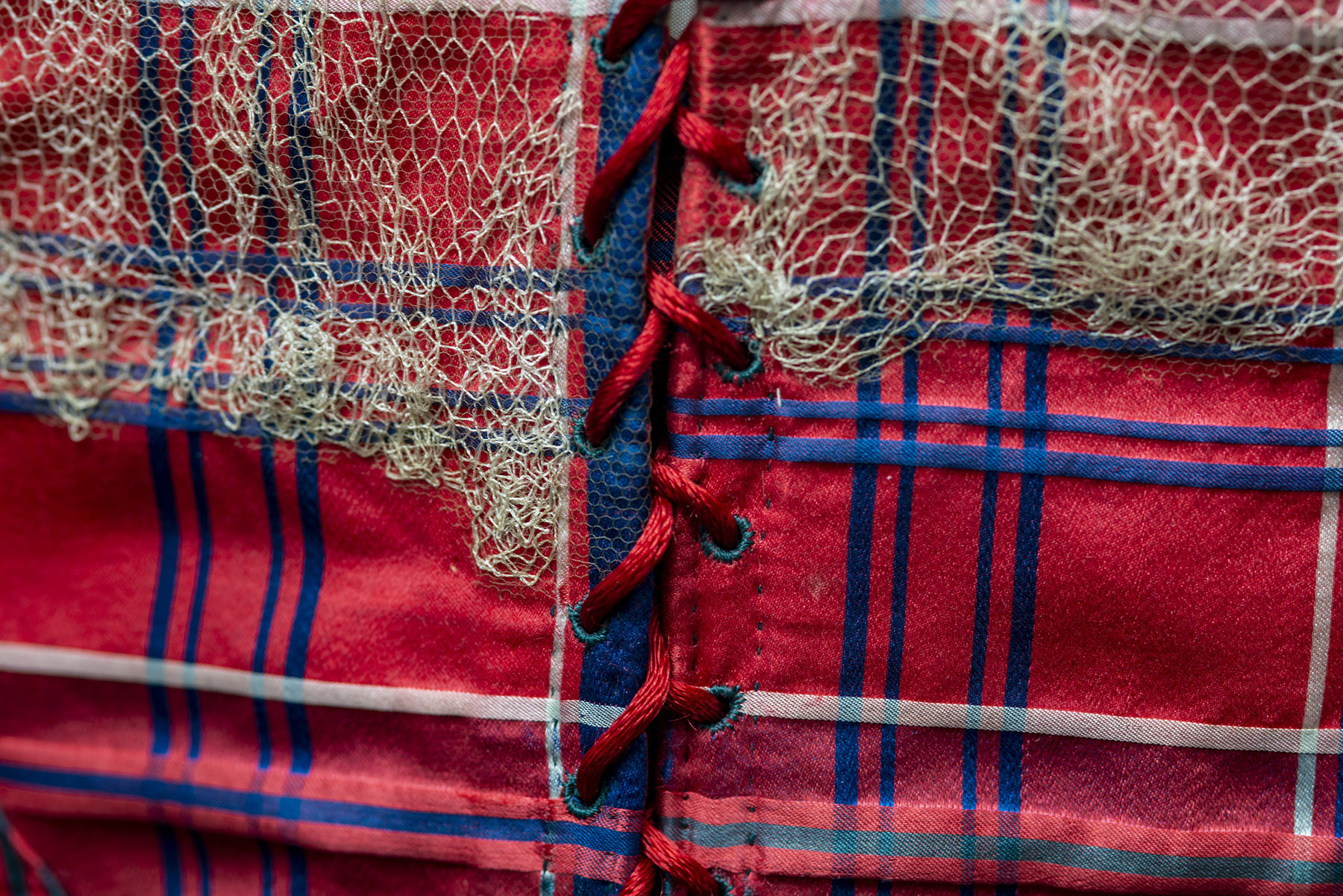 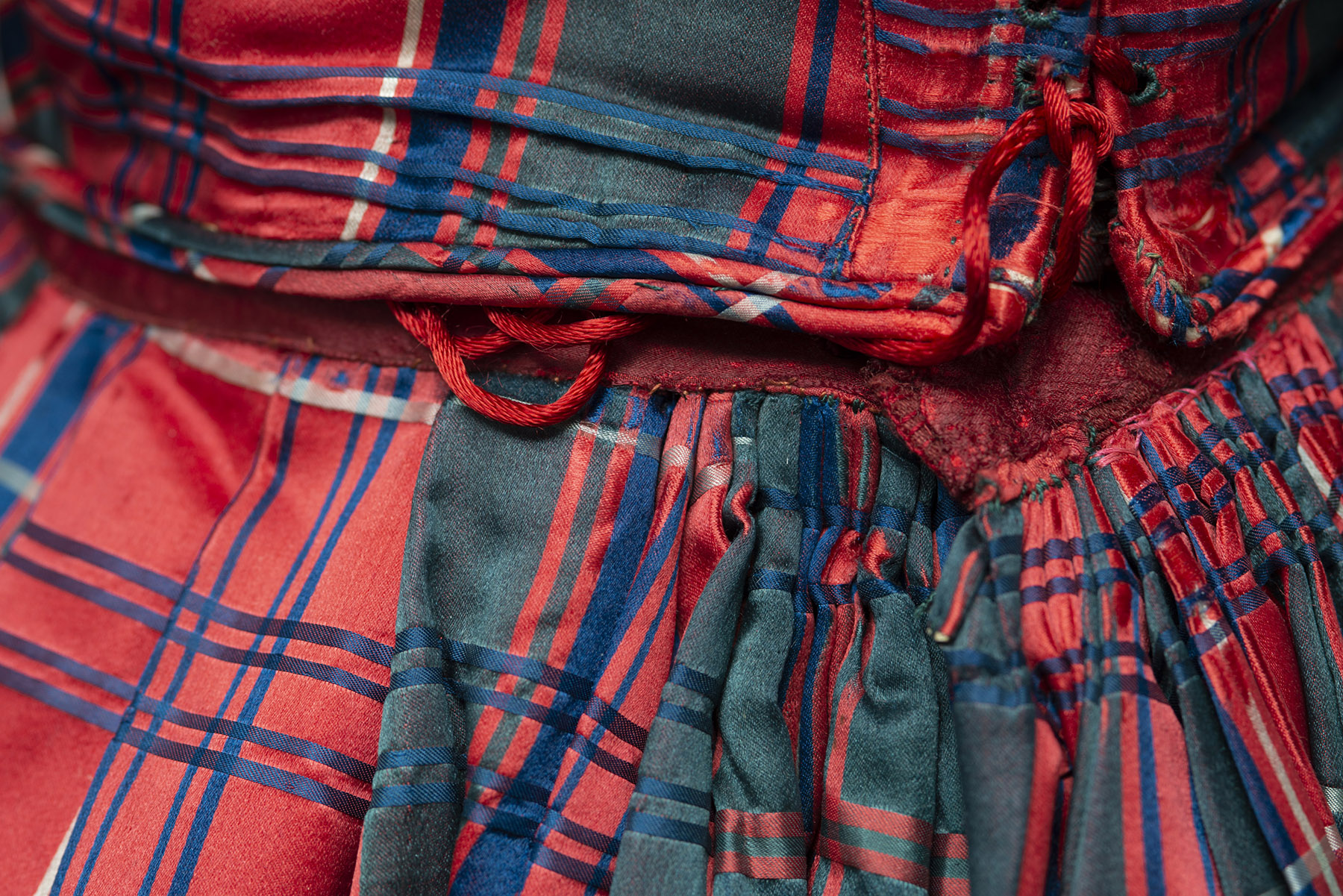 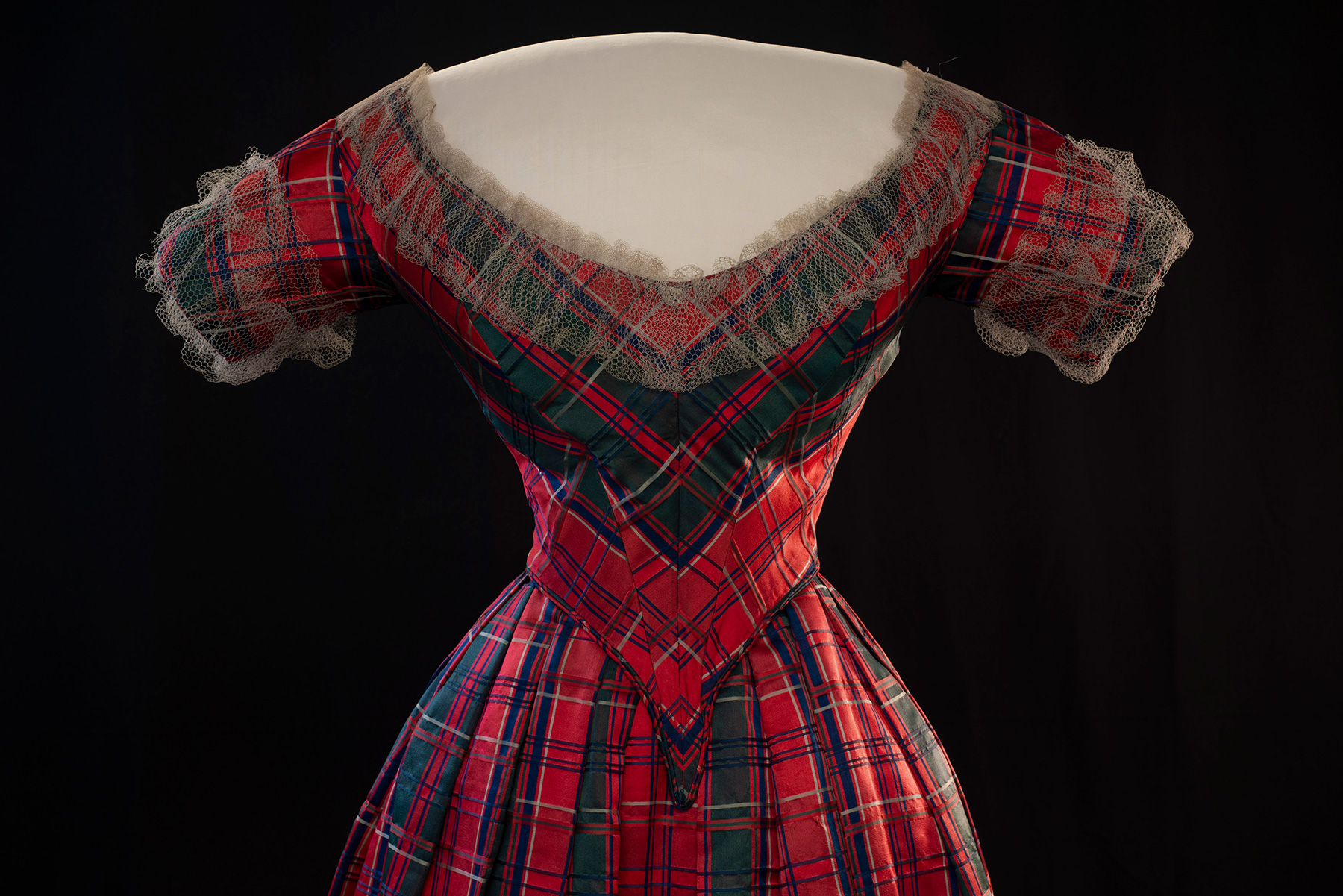 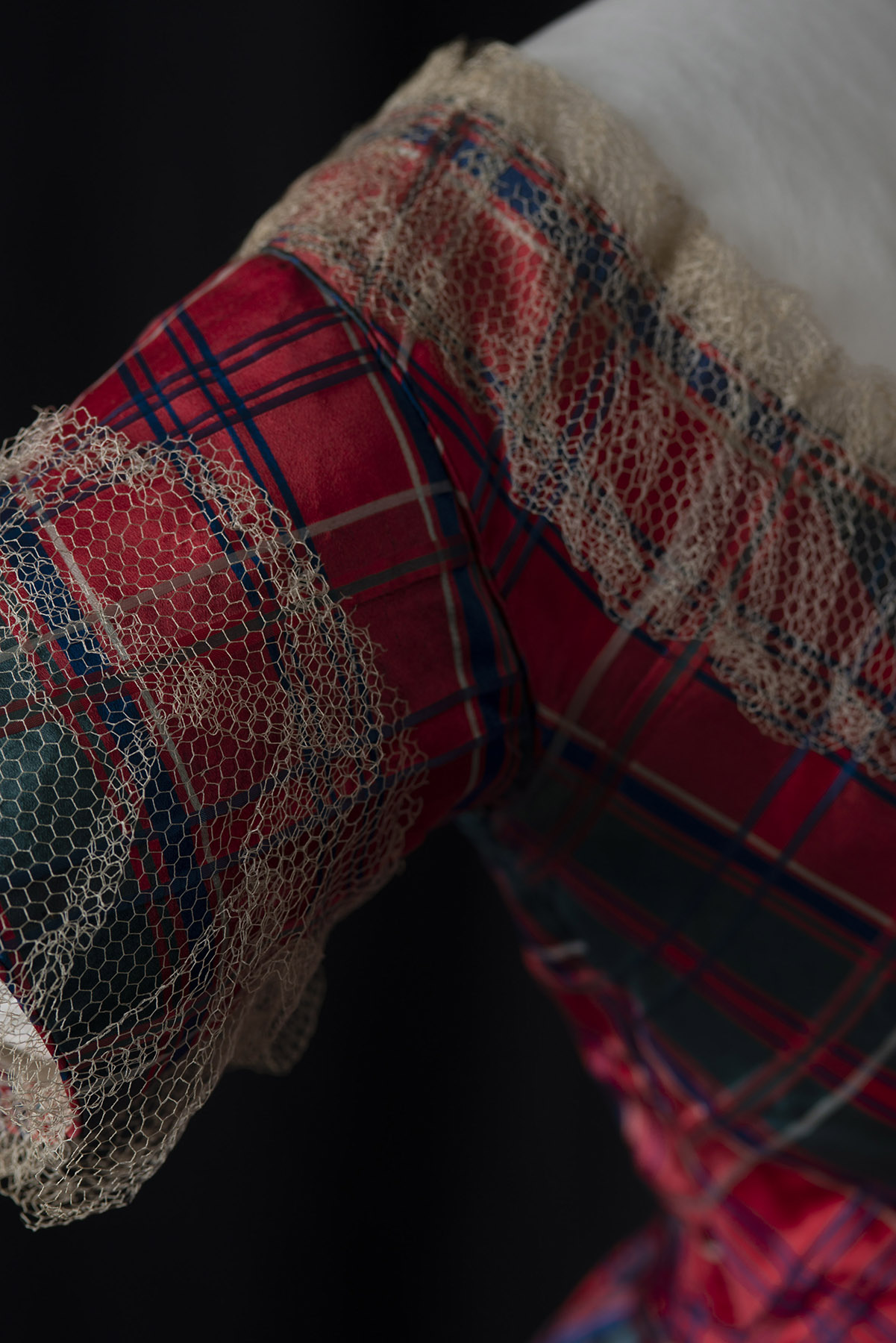 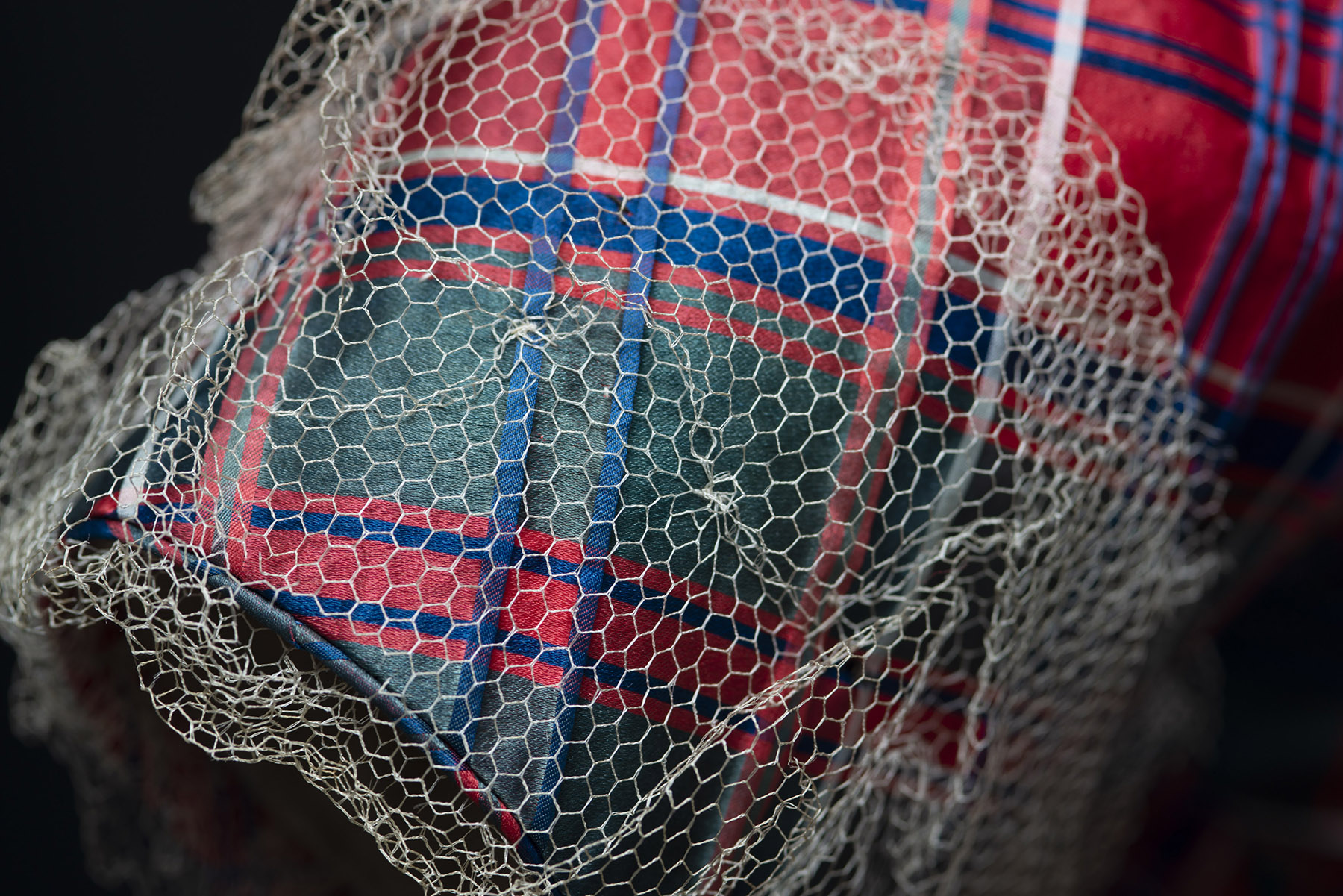 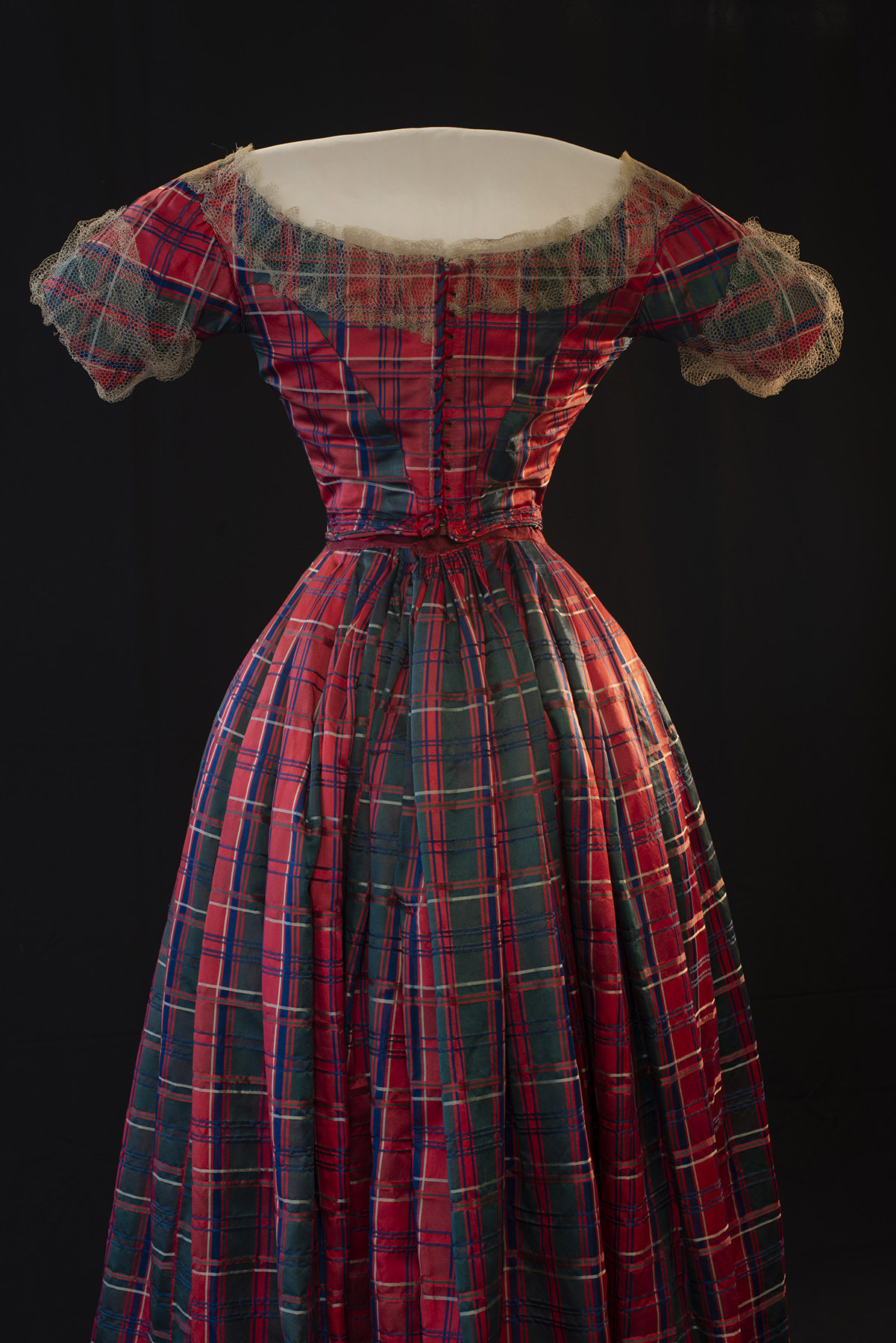 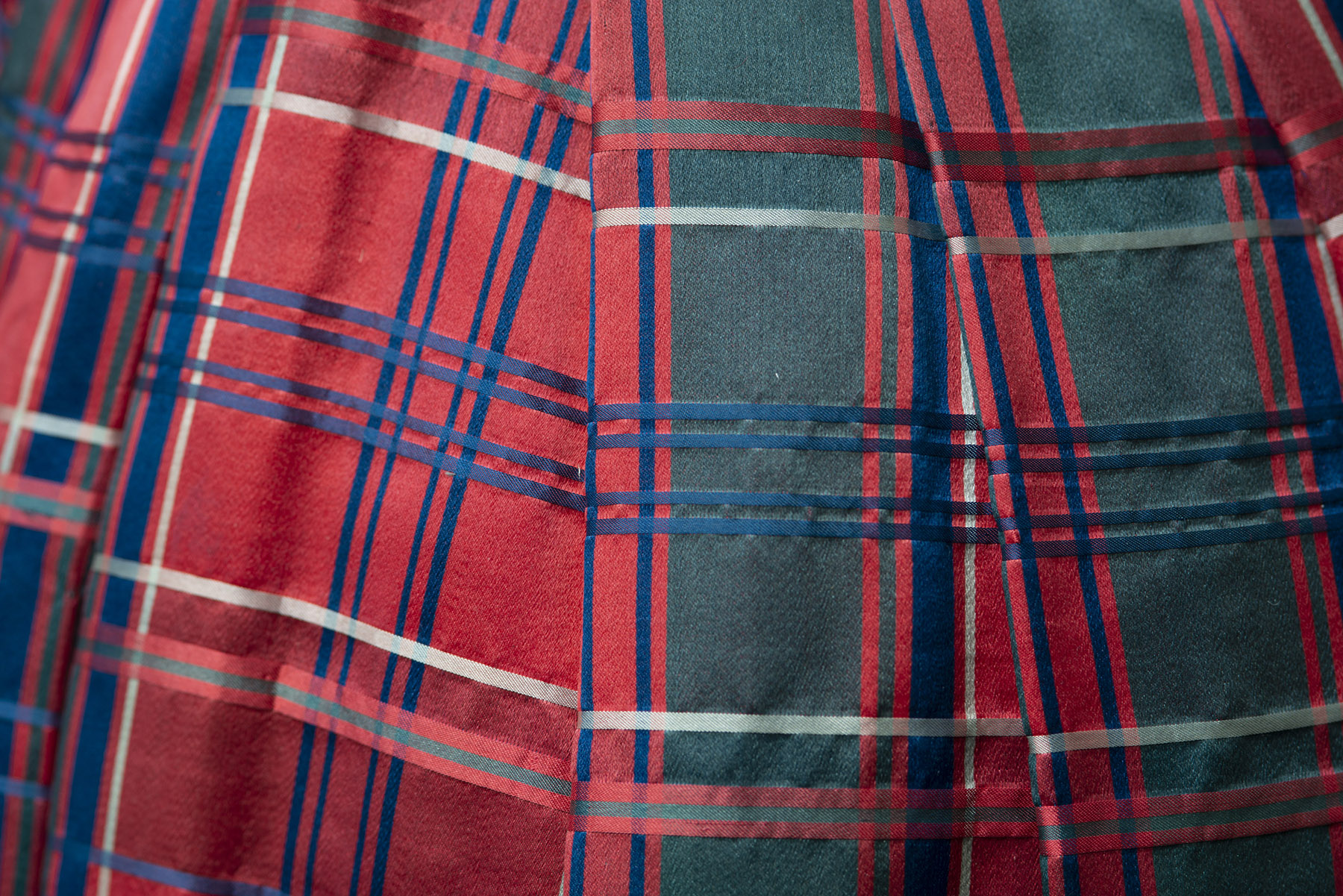 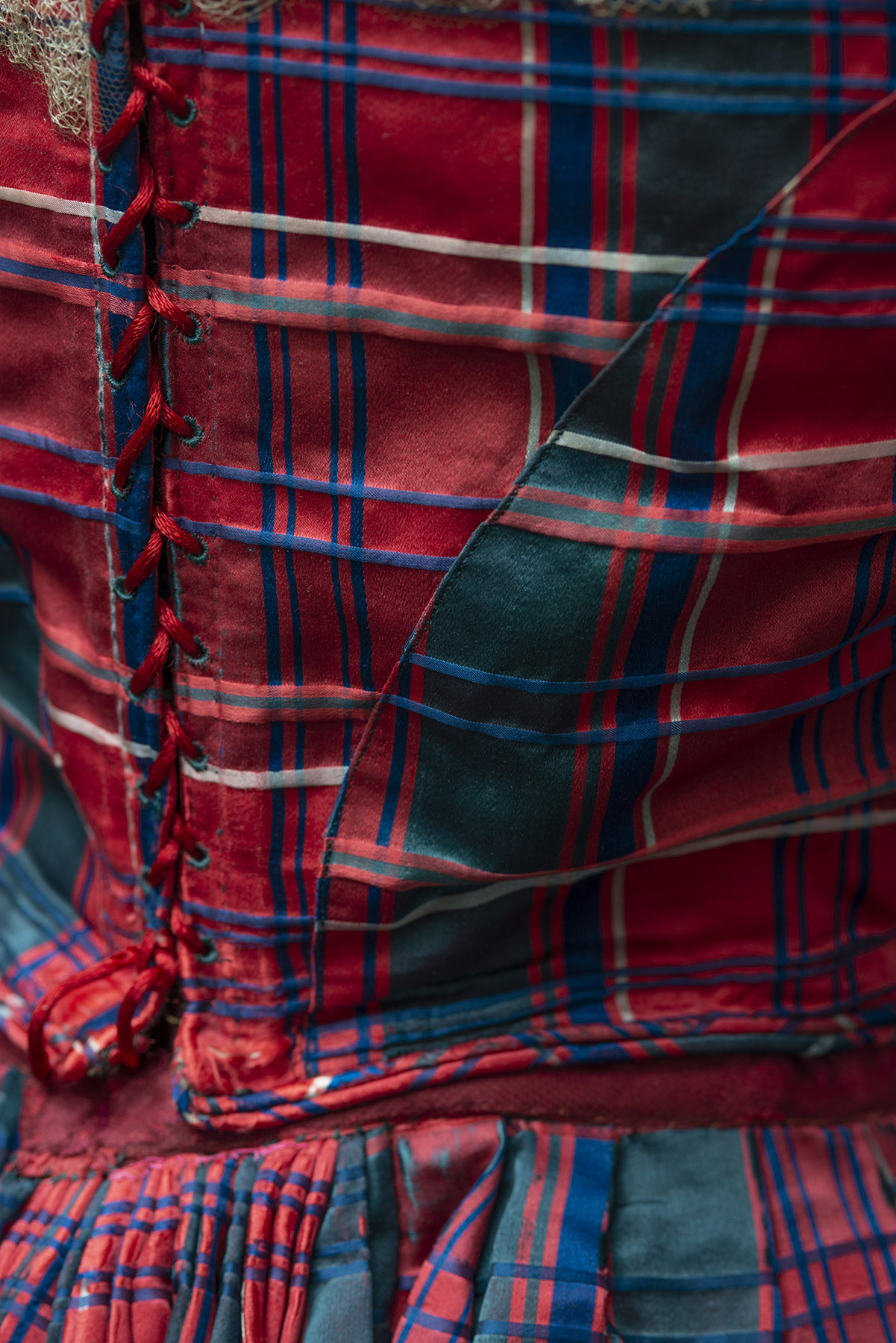 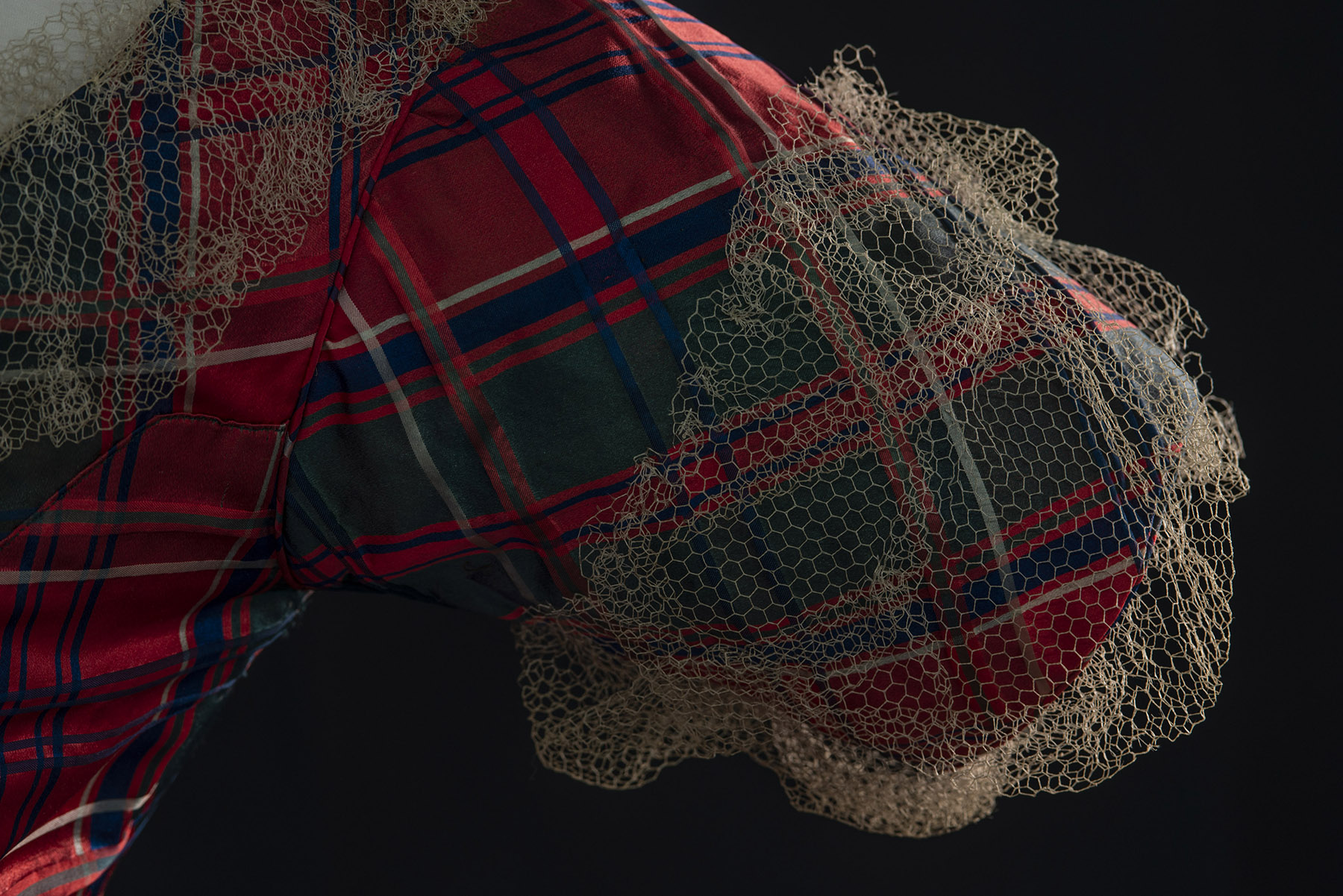 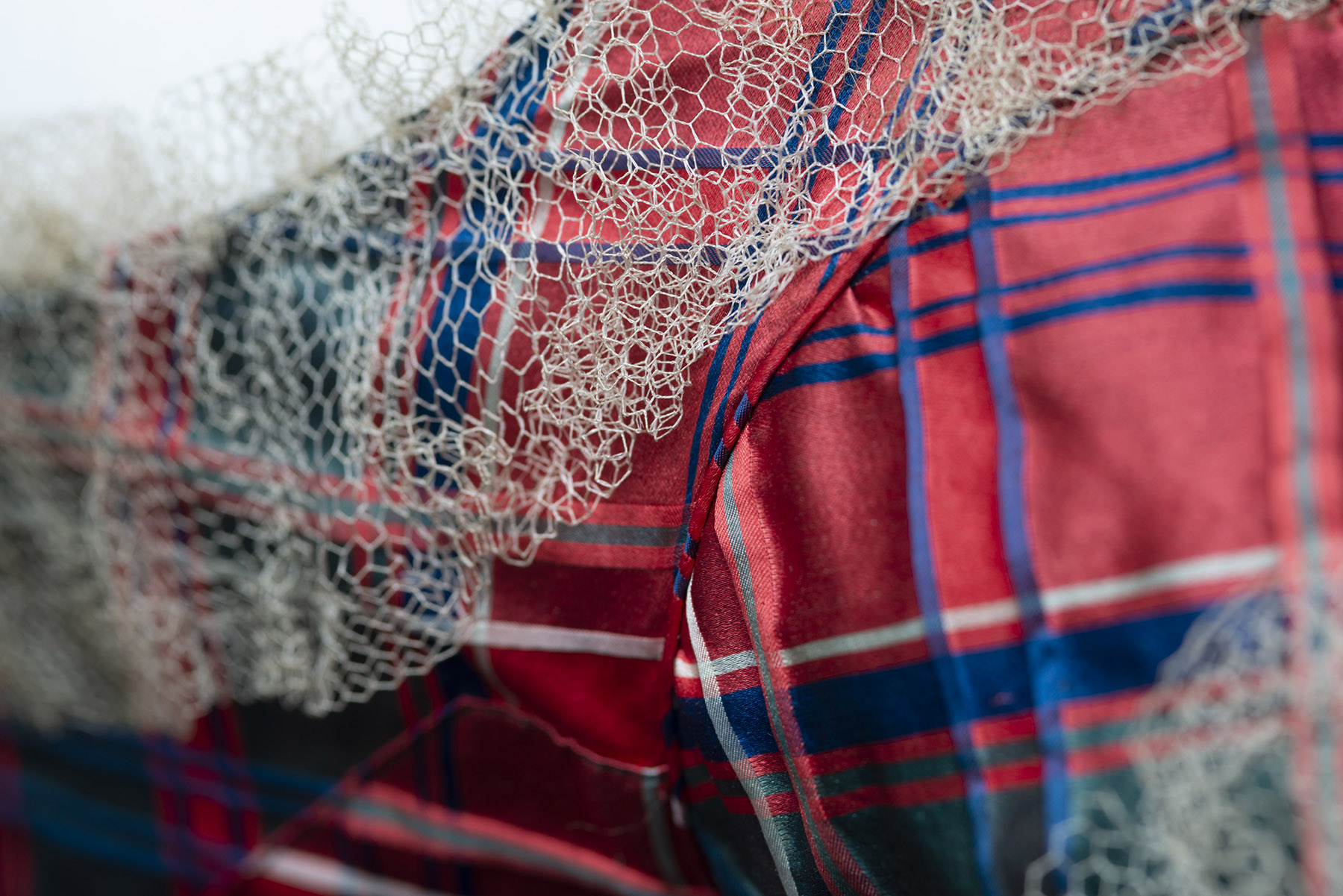 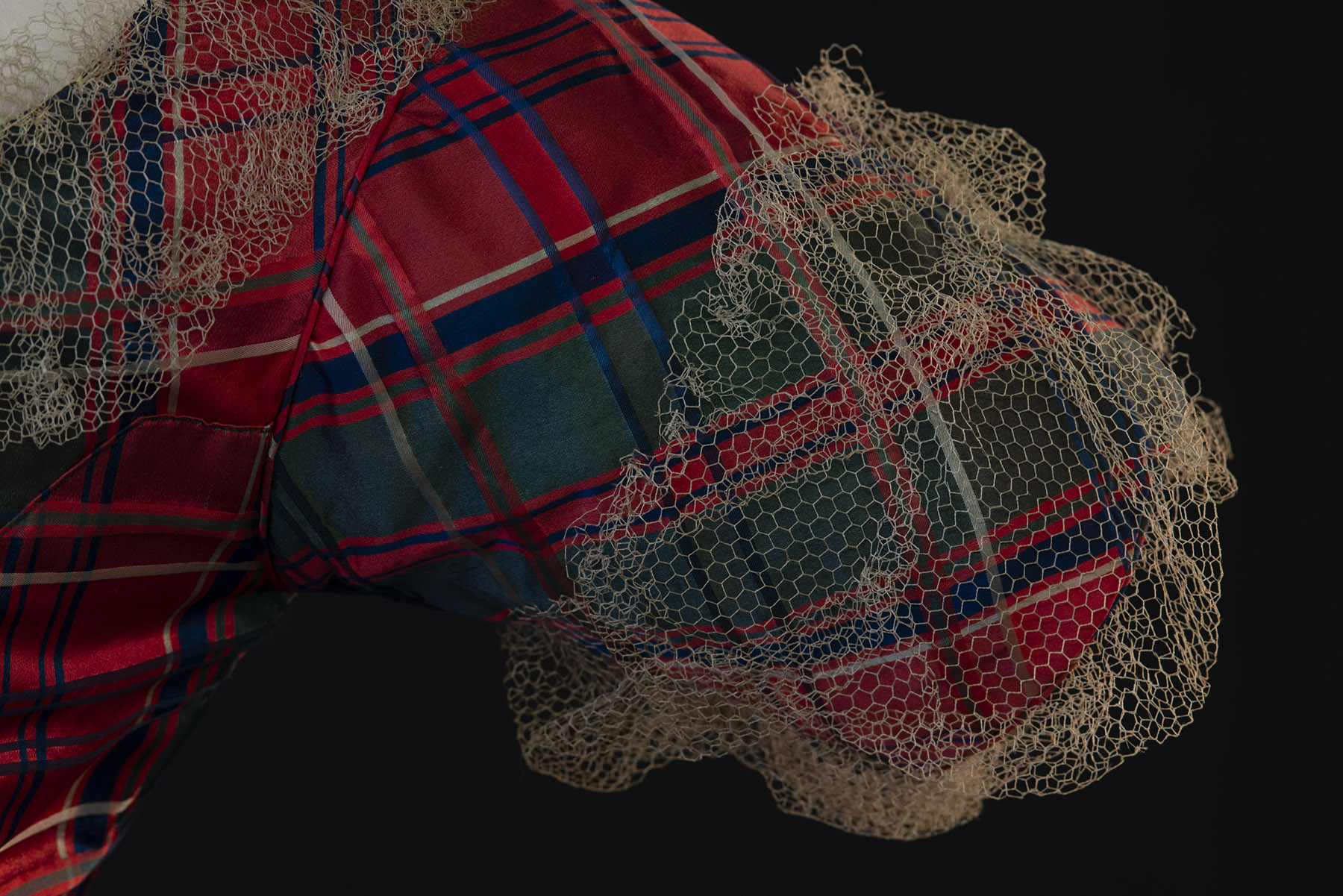 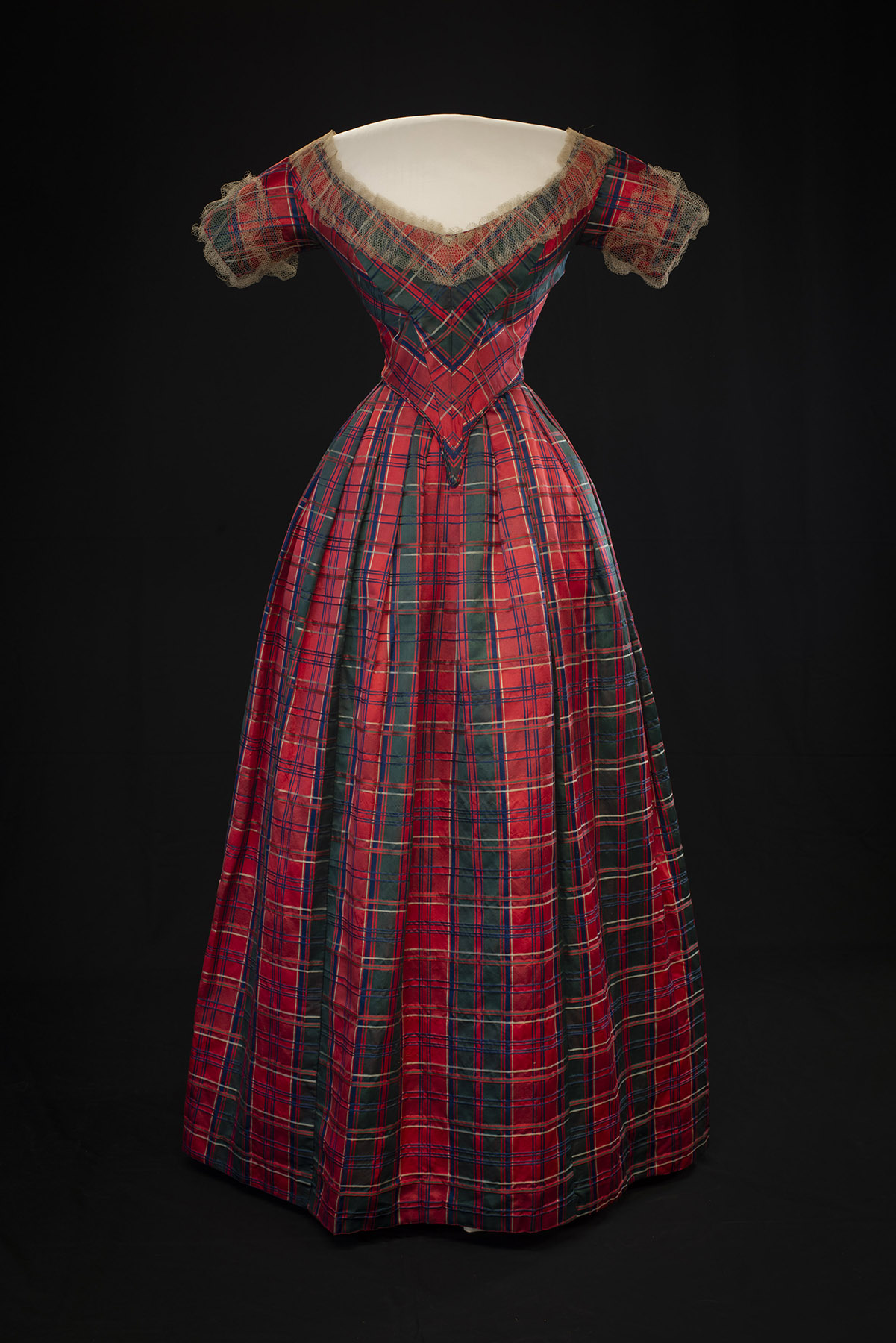 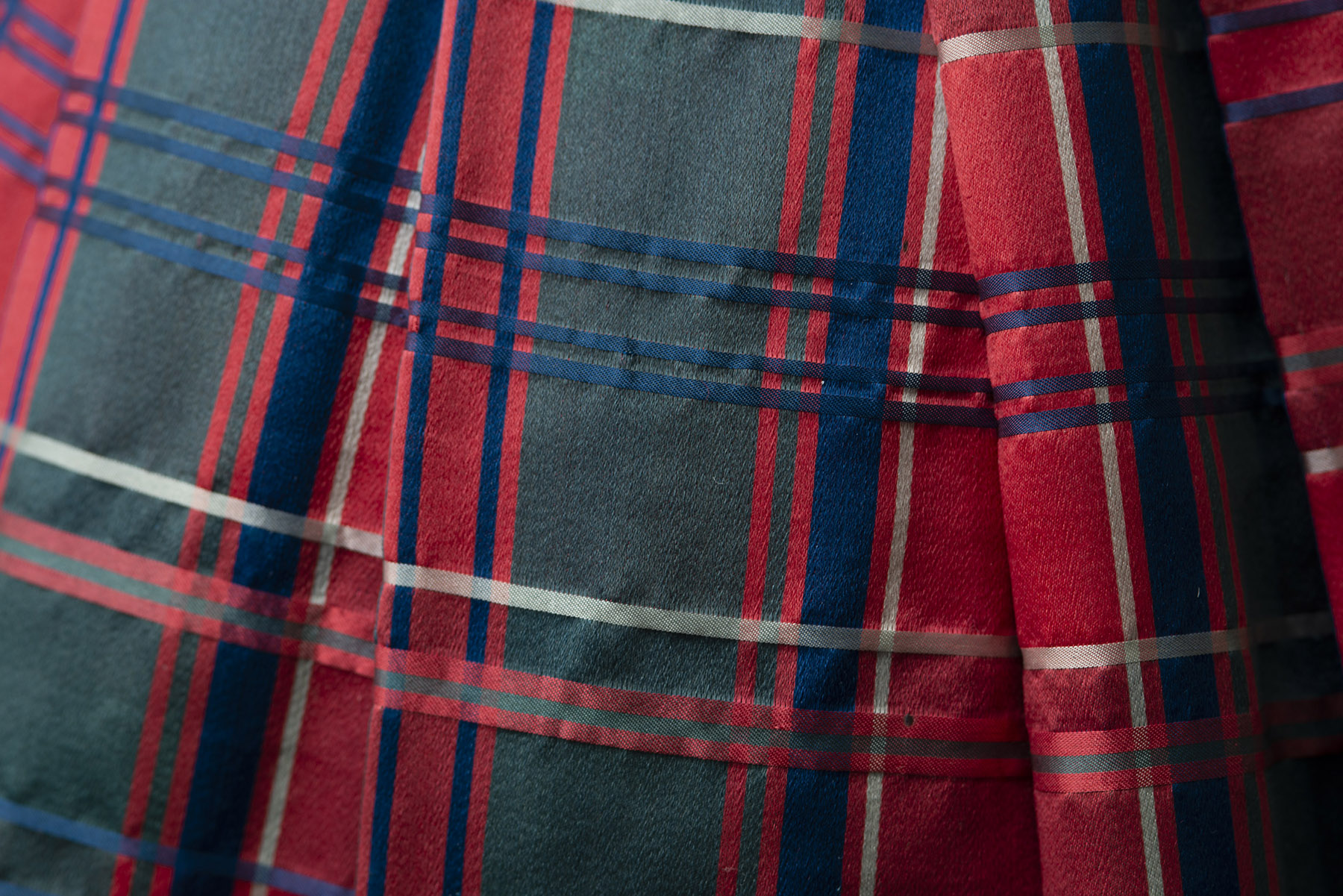 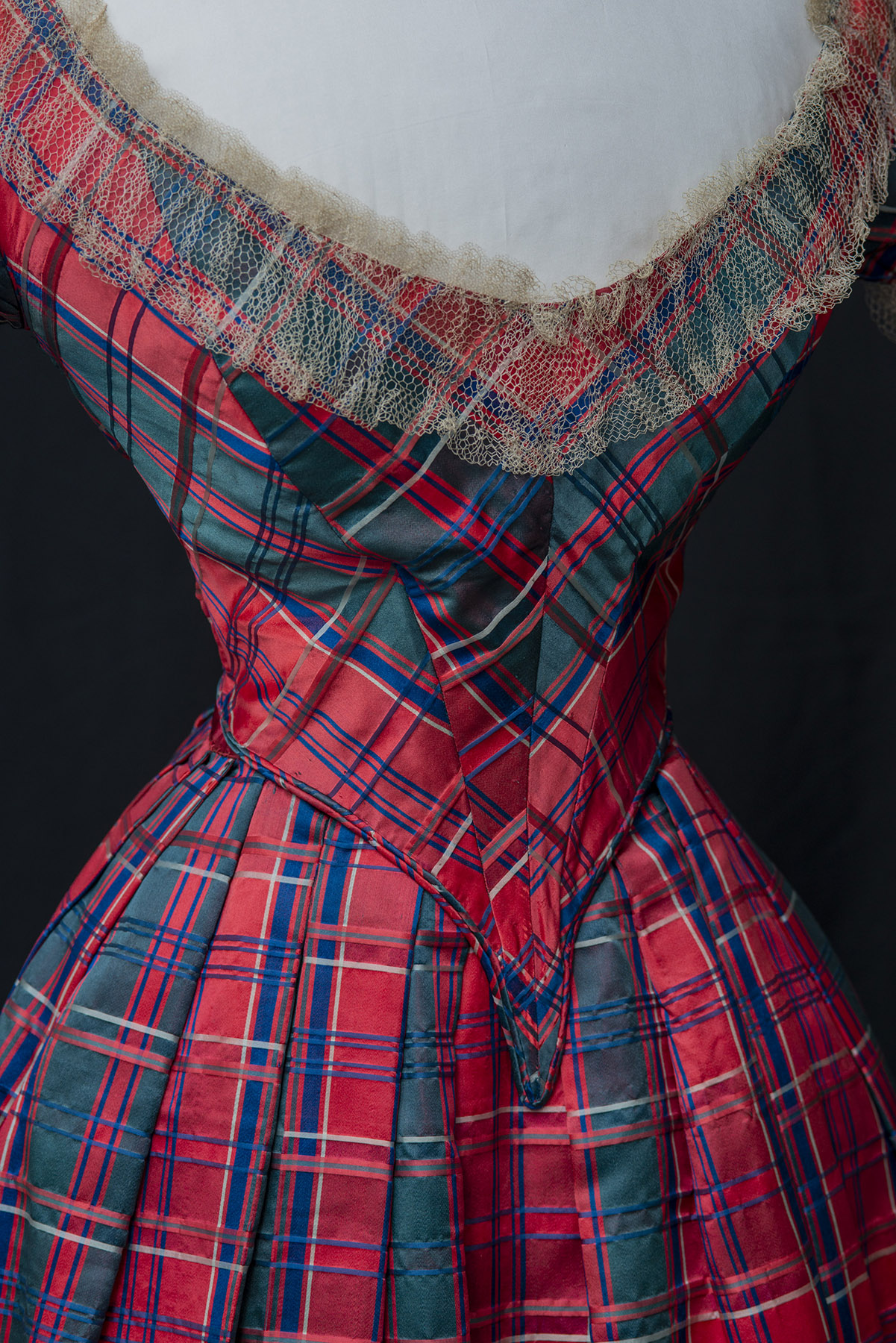 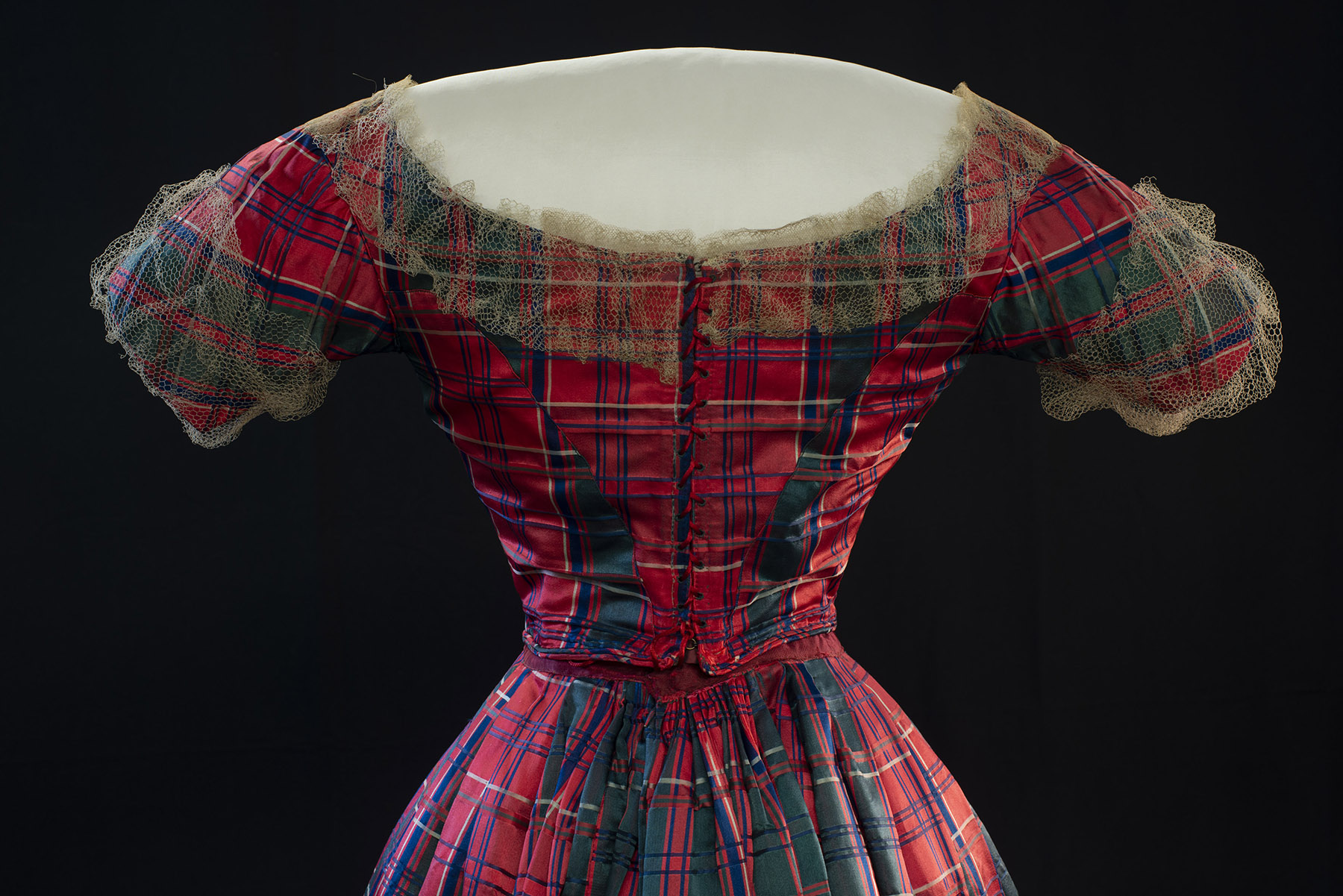 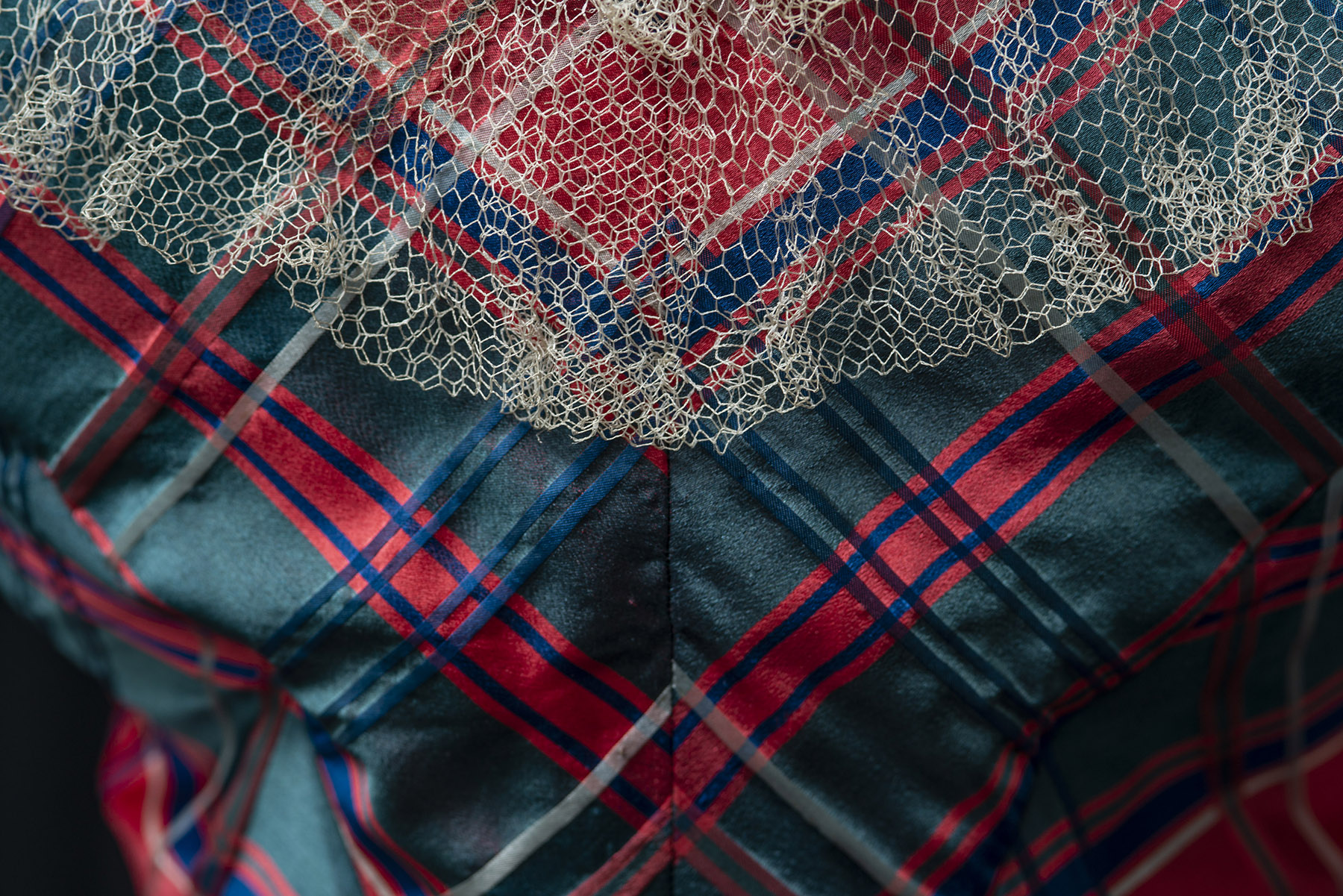 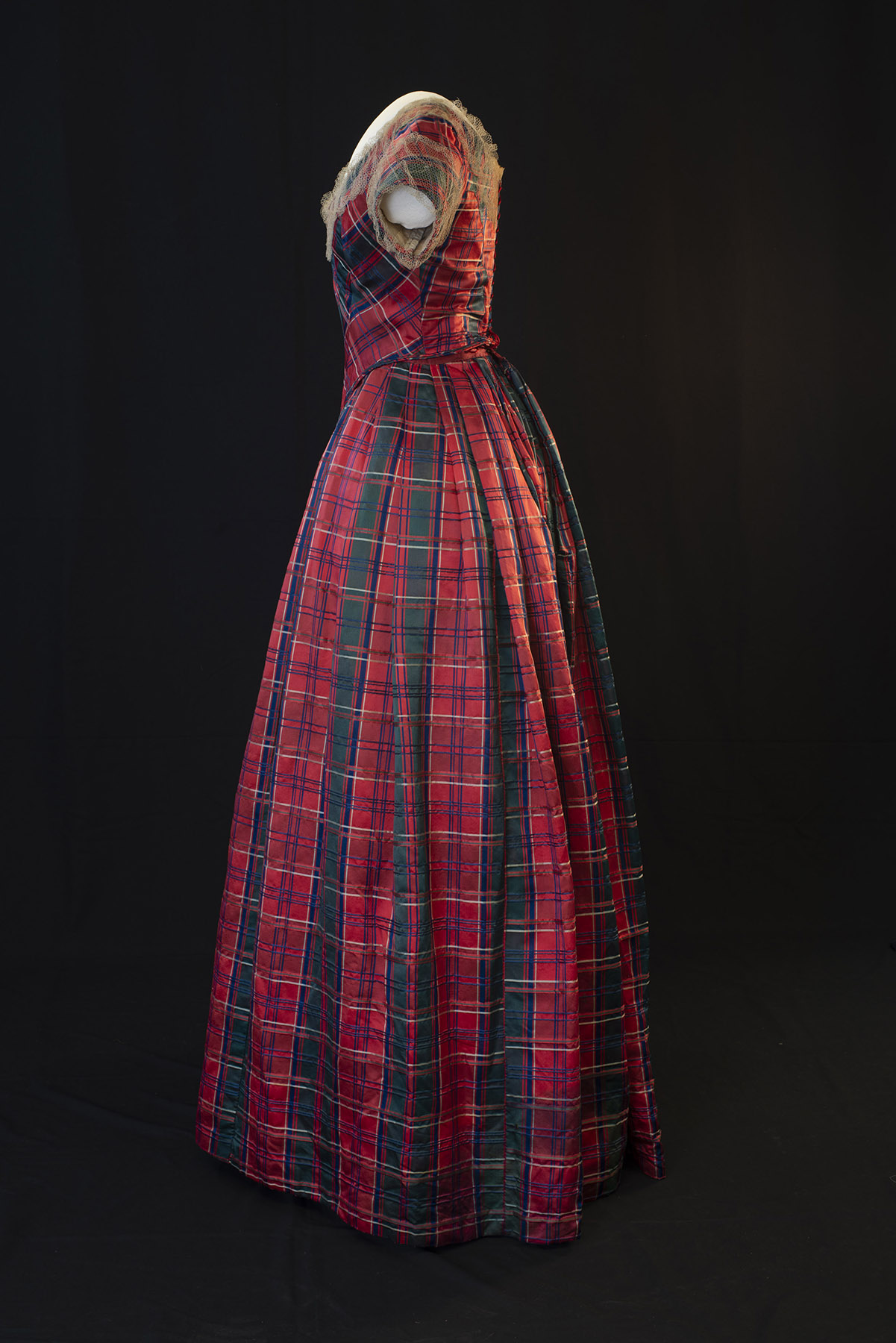 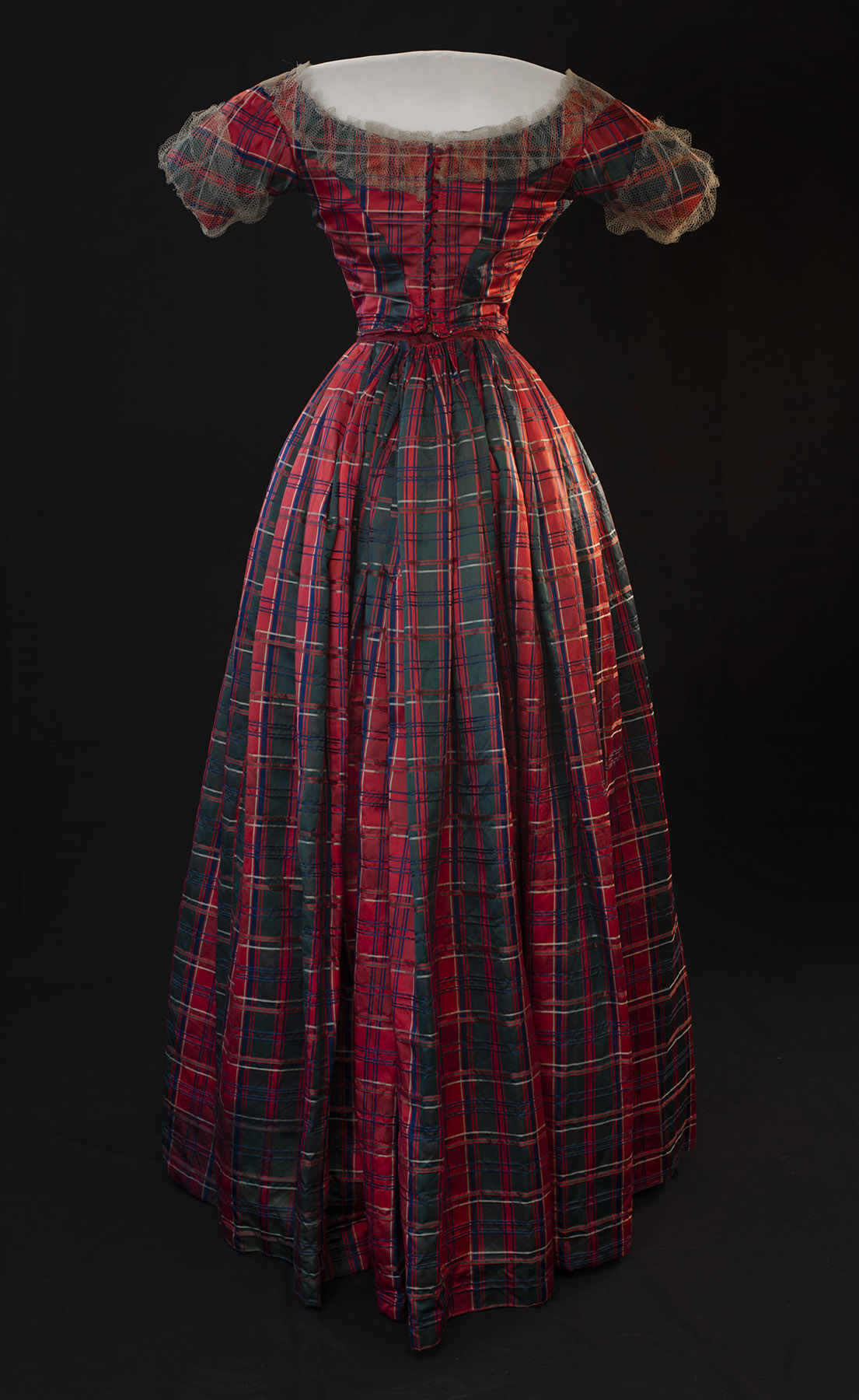 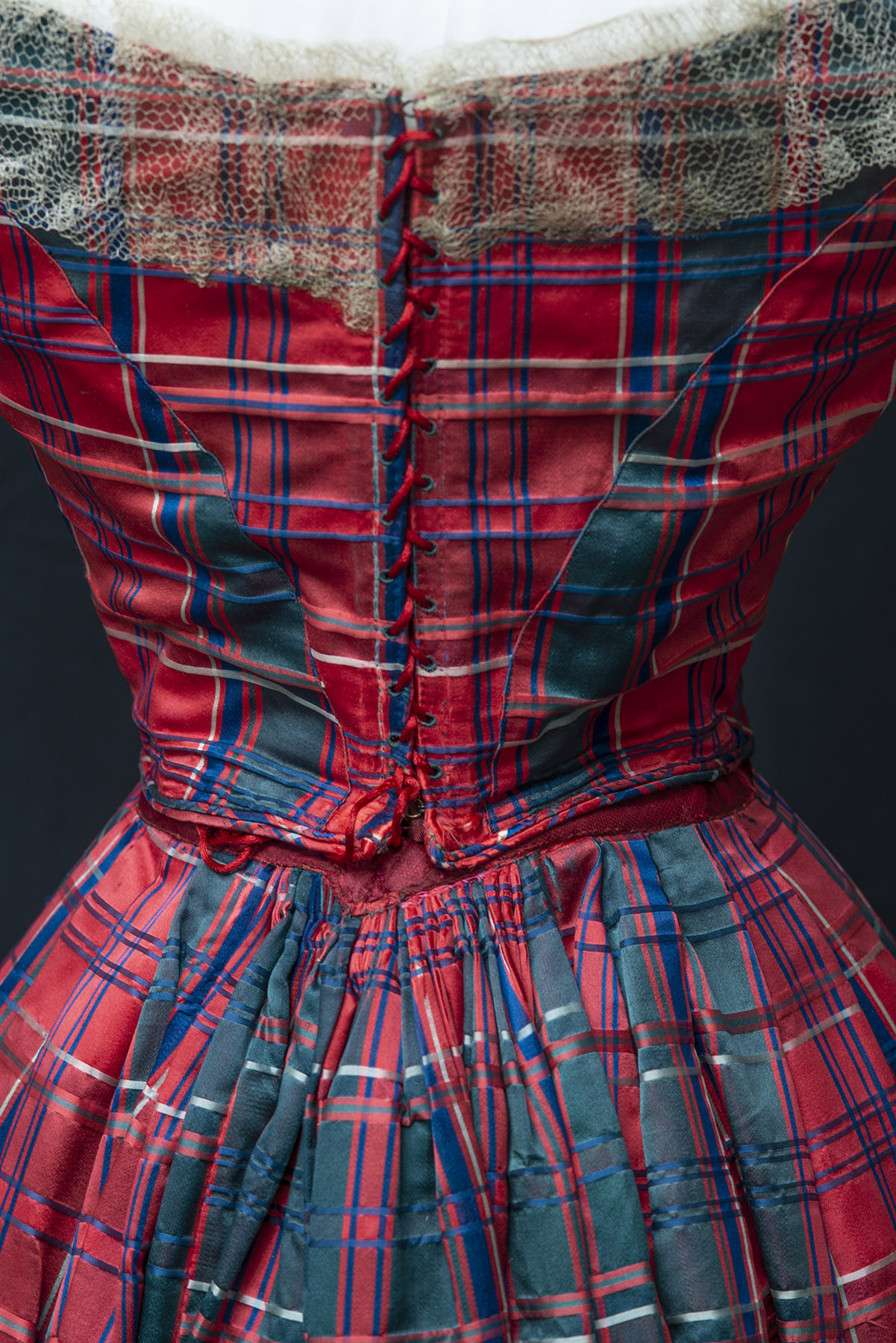 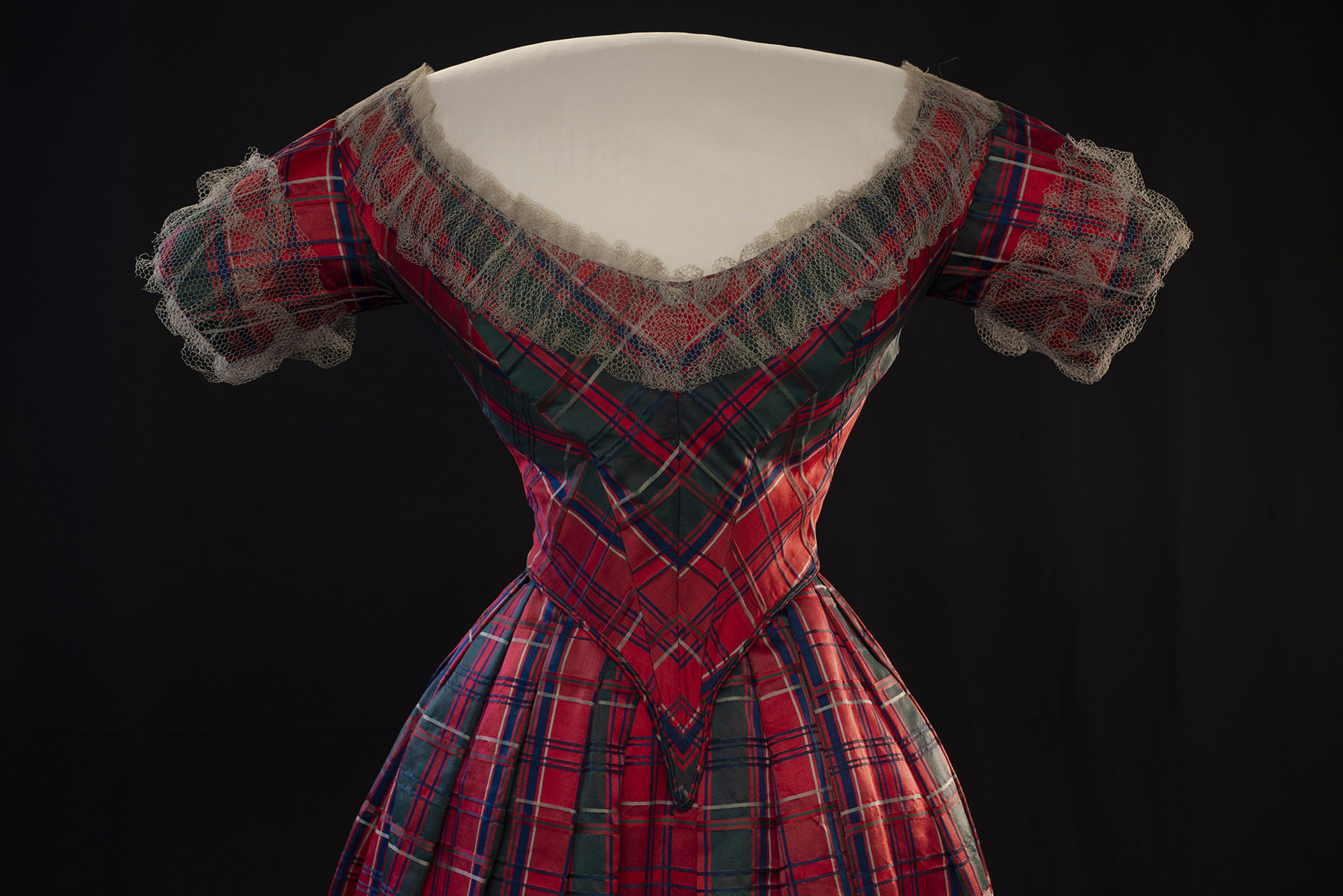 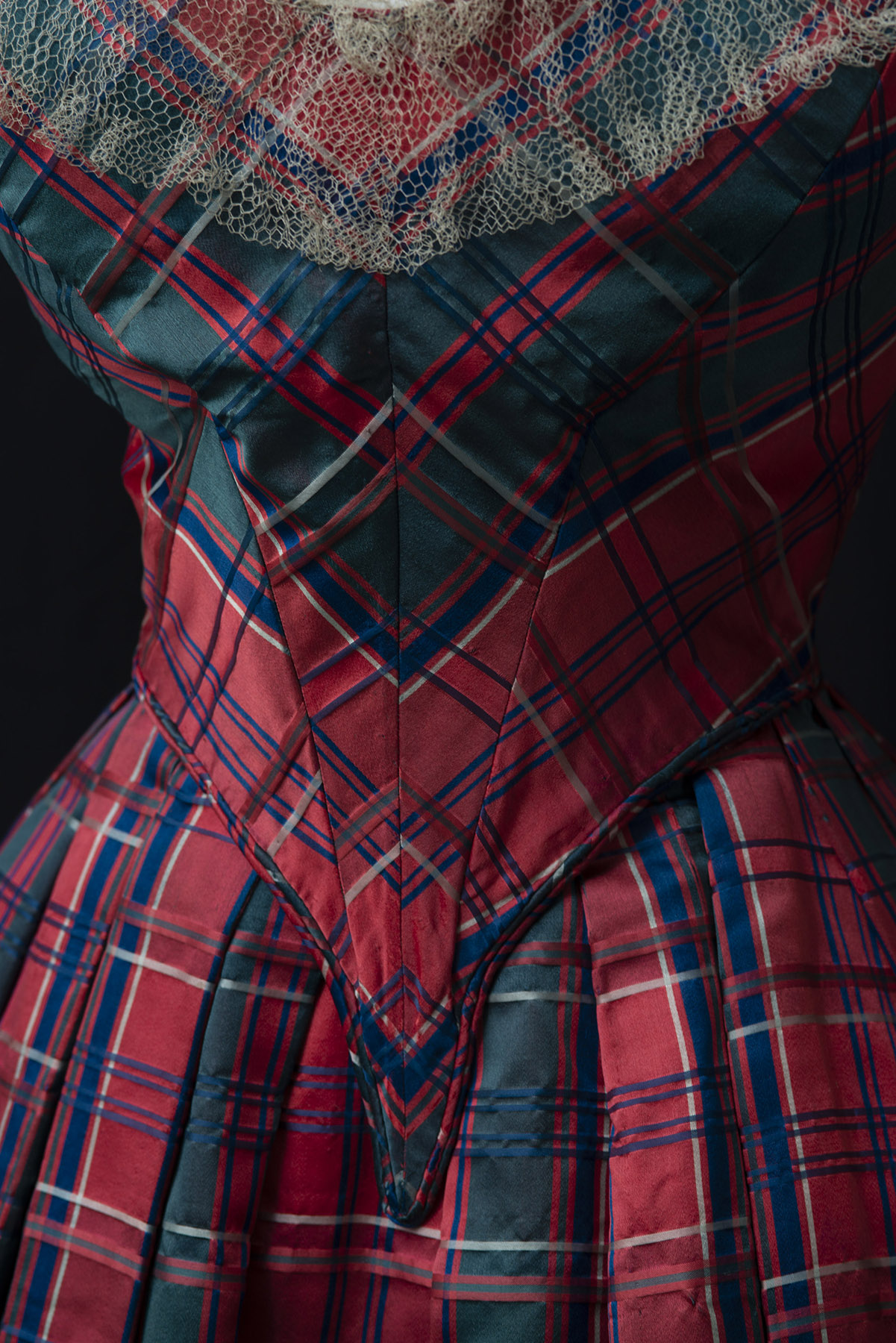 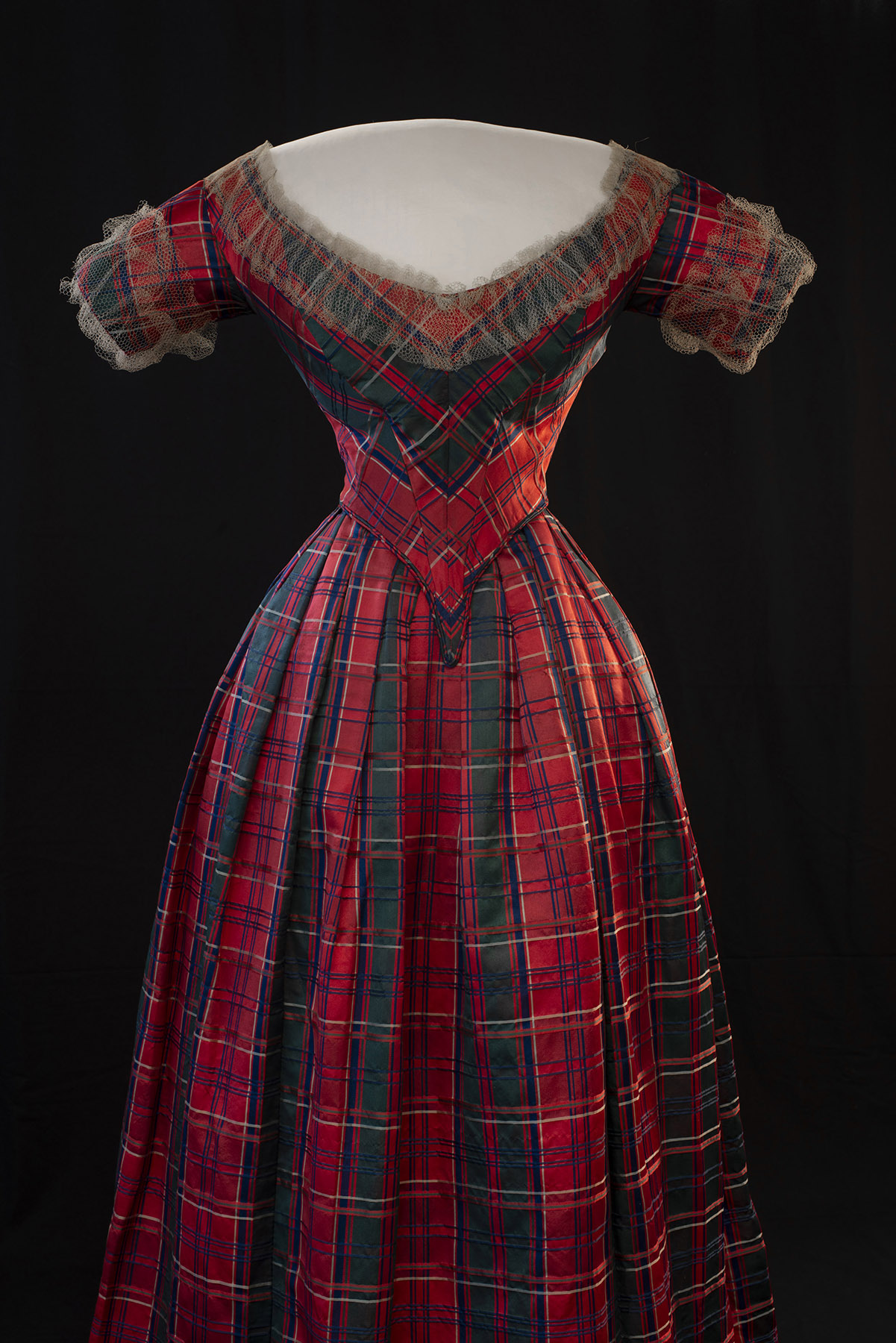 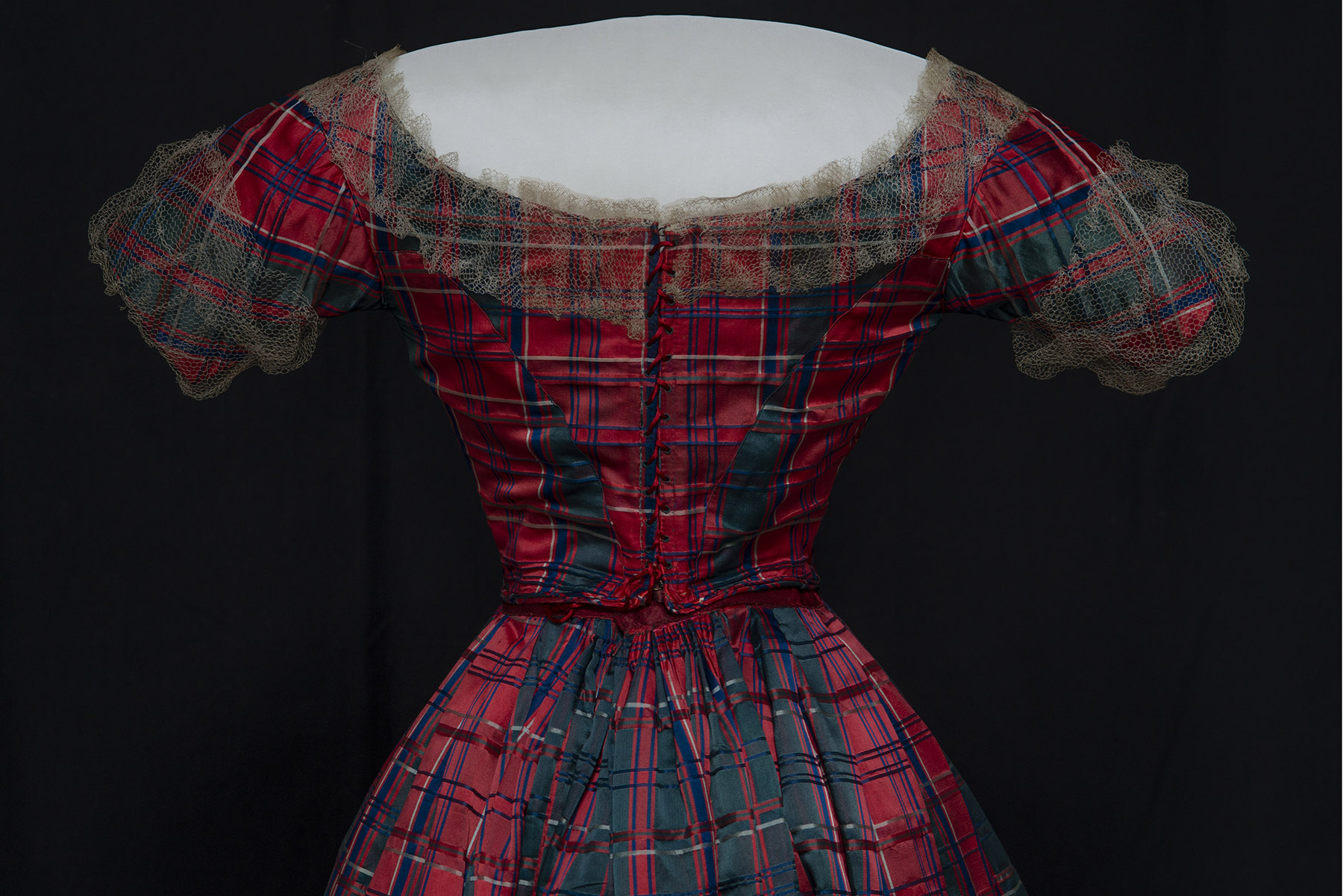 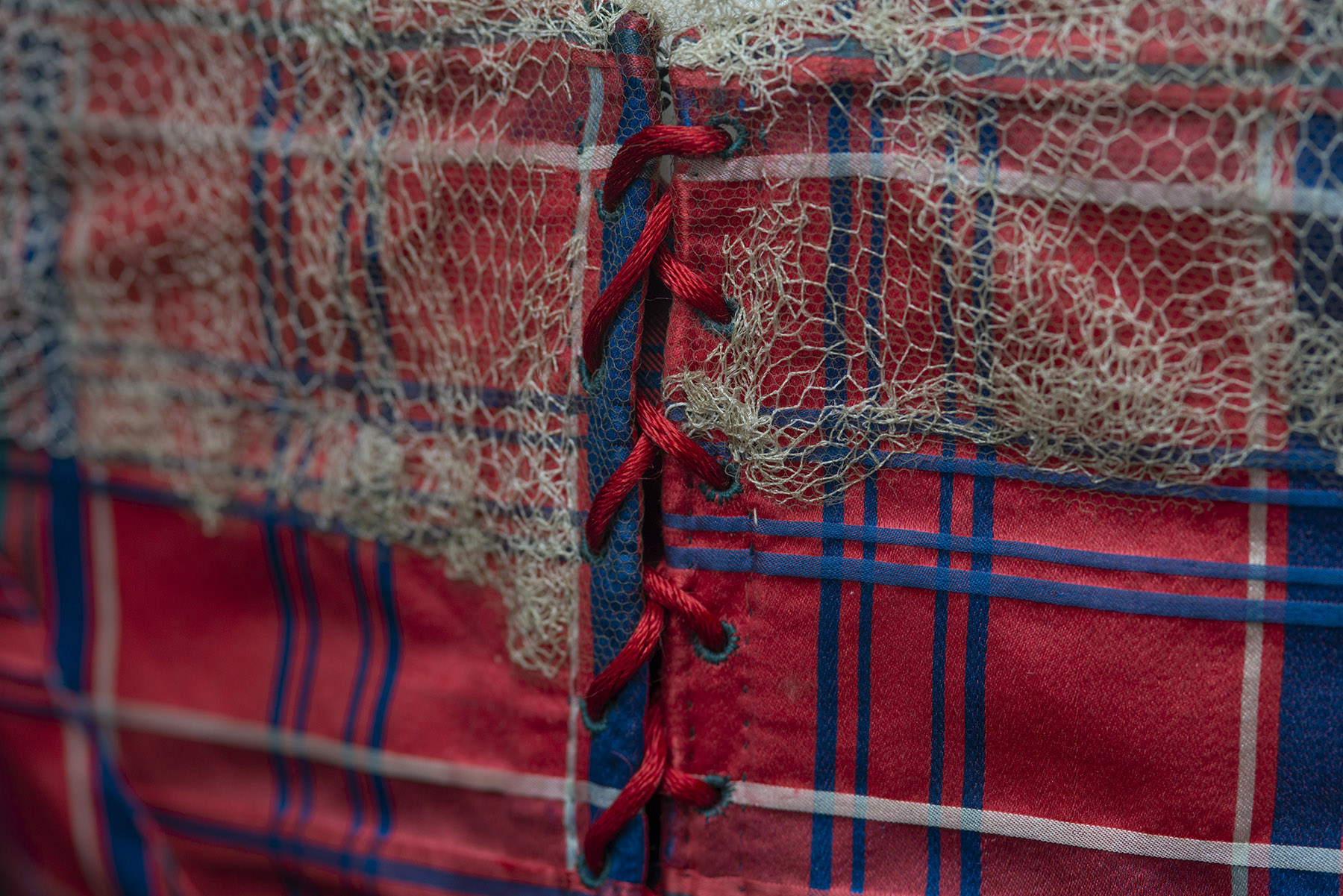 This silk dress was made for Lady Willoughby d’Eresby to wear at a ball held during Queen Victoria and Prince Albert’s visit to Drummond Castle in Perthshire in 1842. This was their first visit to Scotland and marked the beginning of the Queen’s lifelong love of the Scottish Highlands.

The dress is designed in the early Victorian style, with a full skirt constructed from six separate panels and a separate boned bodice with hook and eye fastening. The neck and sleeves are trimmed with a delicate cream tulle. Lady Willoughby d’Eresby wore the dress with a Highland bonnet of blue velvet trimmed with eagle plumes, diamonds and a sprig of holly. Her three daughters Clementina, Elizabeth and Charlotte also had dresses made of Drummond silk tartan for the same evening ball.

The royal couple spent two nights at Drummond Castle in Perthshire. Their hosts were the Baron Willoughby de Eresby and his wife, the ‘Chieftainness of the Clan Drummond’ Sarah Clementina née Drummond, descendent of the Jacobite Dukes of Perth. Prince Albert was entertained with deer hunting on the castle’s estate land. Queen Victoria walked in the castle gardens and read Sir Walter Scott’s ‘The Lay of the Last Minstrel’.

The 1842 royal tour of the Highlands was the first of many for Queen Victoria and Prince Albert. In 1852 they bought Balmoral Castle as a holiday home, setting a trend that others followed and encouraging the idea of Scotland as a romantic country to visit.

The ‘Drummond’ dress was donated to the Highland Folk Museum in 1950 by Lady Muriel Willoughby whose father was the 14th Earl of Buchan. Lady Willoughby also donated another of the Drummond dresses and a black dress which had a label on it stating that it had belonged to Queen Victoria.

Help HIGHLAND FOLK MUSEUM work through the pandemic closures by making a donation.