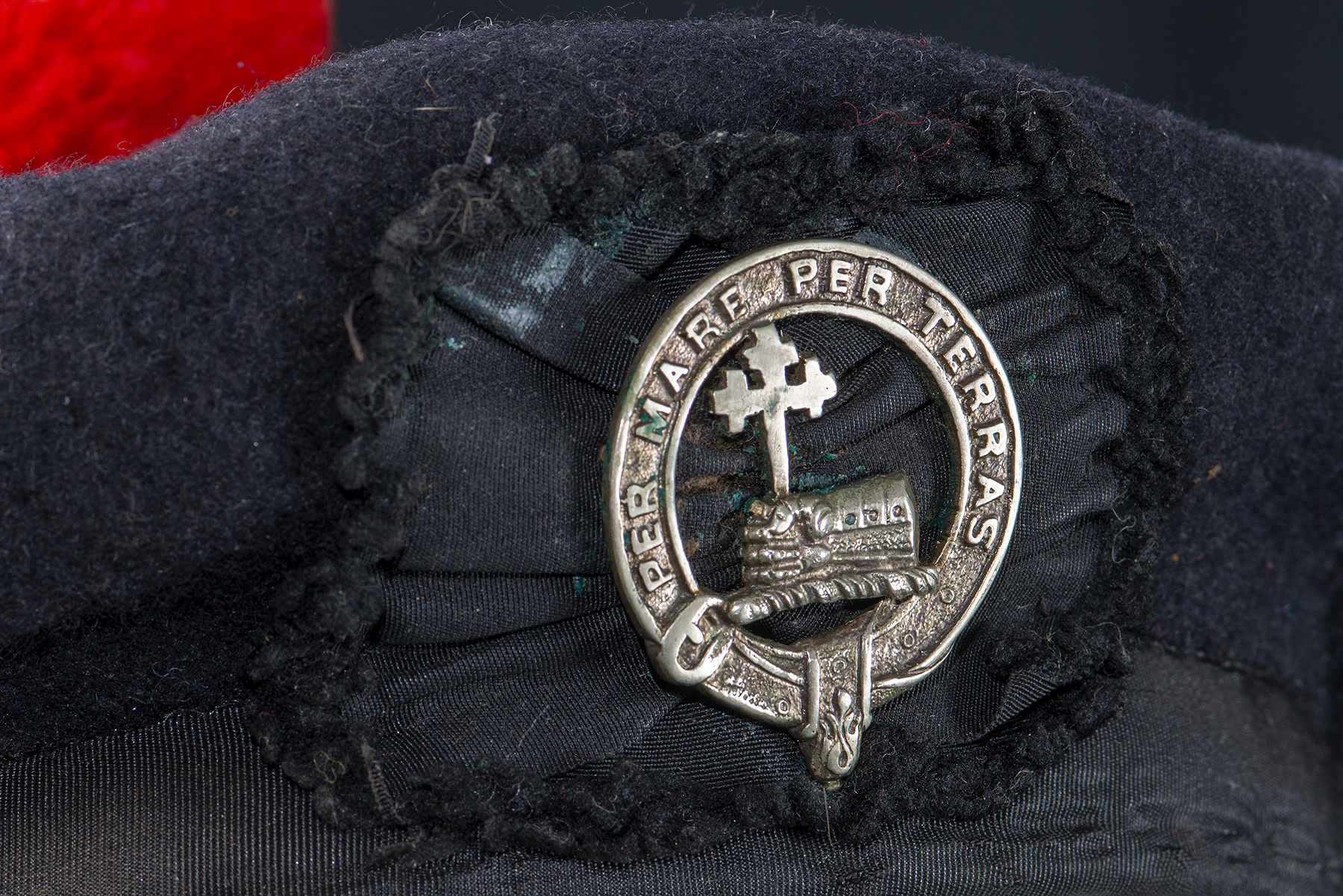 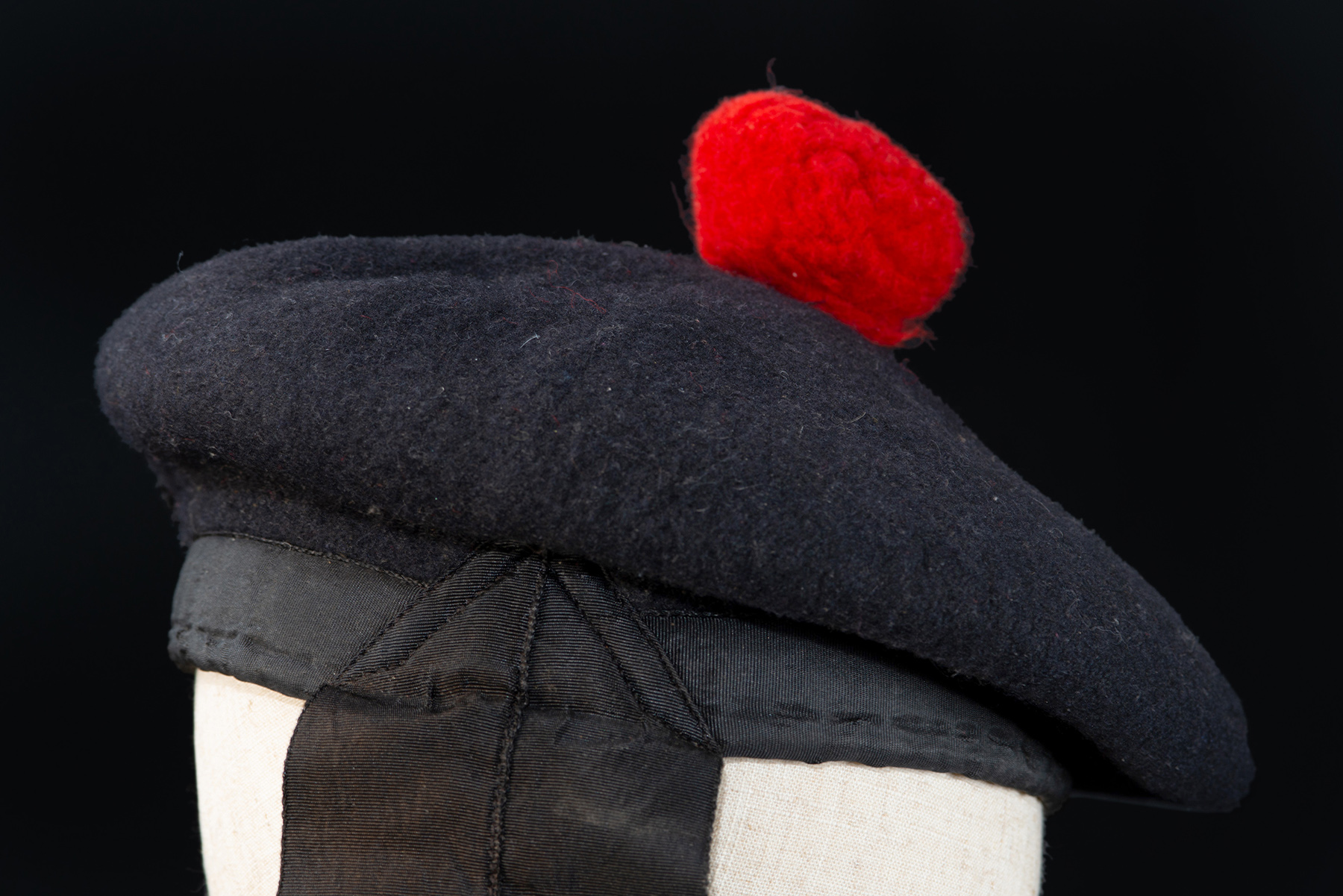 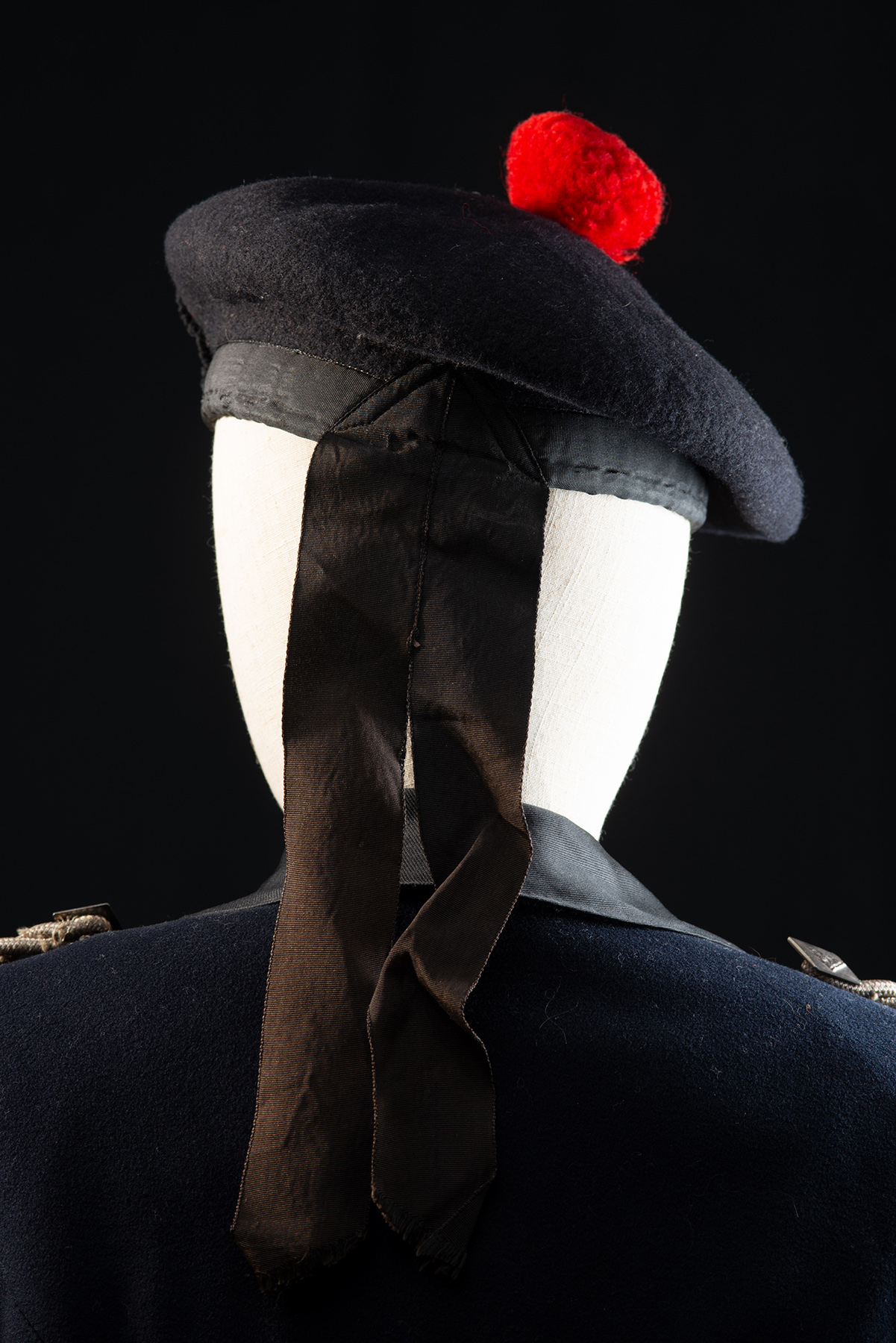 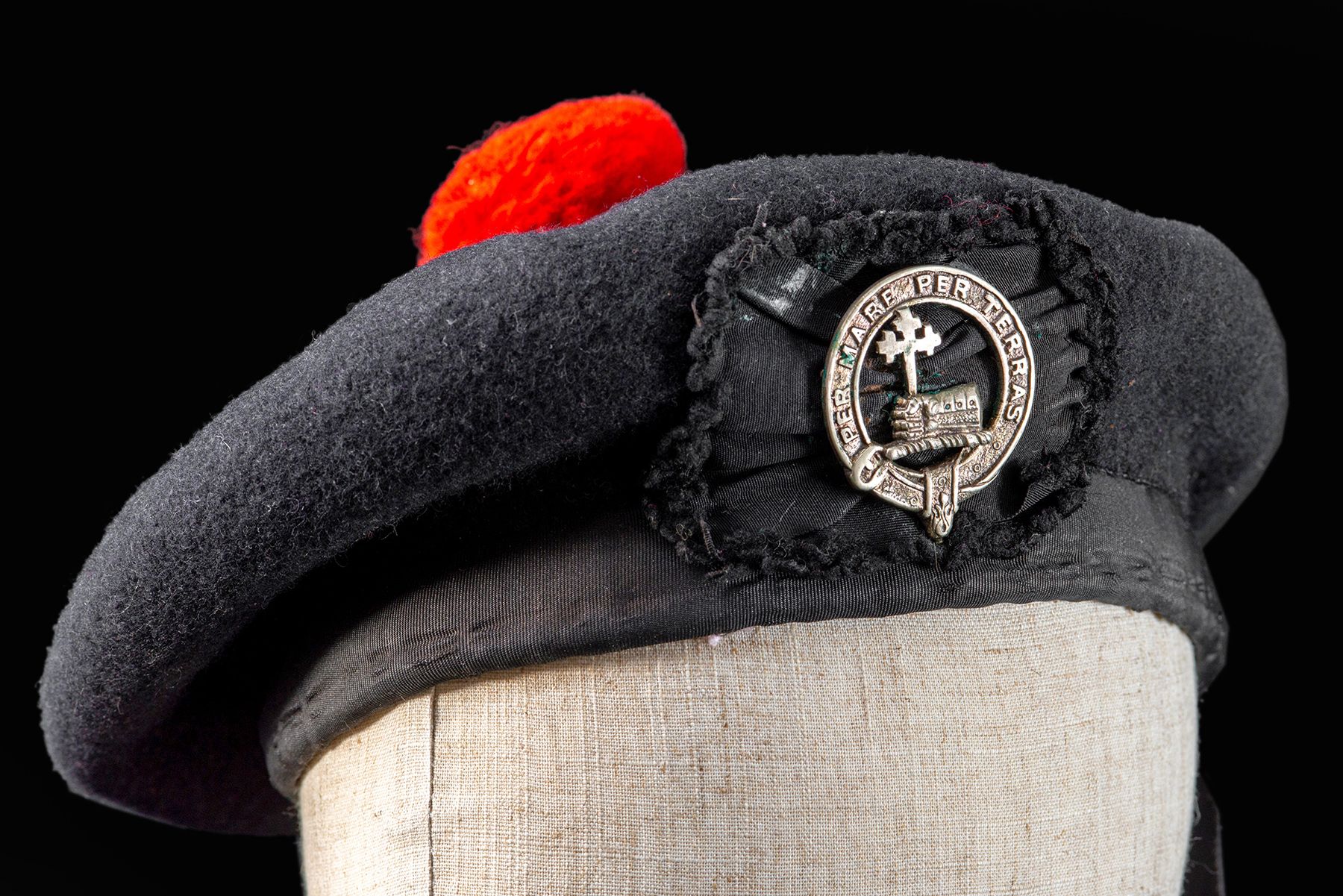 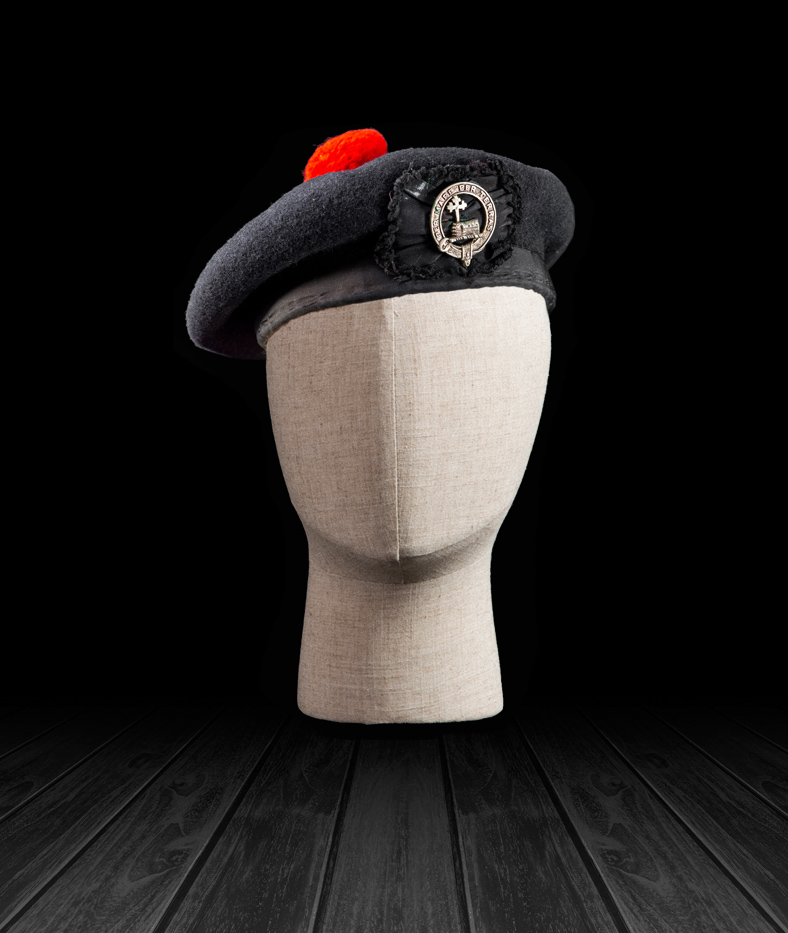 This ‘Balmoral’ belonged to William ‘Gruids’ MacDonald who served as a piper with the Scots Guards during World War One. He was severely wounded in an enemy gas attack and discharged in April 1917. Willie recovered and joined the Lovat Scouts as Pipe Sergeant. He was a talented piper and composer, and his tune ‘Willie’s Polka’ was a popular request at dances throughout the area. Willie wore this ‘Balmoral’ during his time as a judge in piping competitions.

William ‘Gruids’ MacDonald was born on Christmas Eve 1891 in Melness, on the north coast of Sutherland. Willie was taught to play the pipes by John MacDonald from the island Uist who had settled in Melness, and his uncles Robert and George.

In 1912 William joined the 2nd Battalion Scots Guards as a piper. The night before Willie left home  he played at a ceilidh in Melness Village Hall but only a few weeks later he was on stage at the Albert Hall in London. He was part of the Pipers of the Scots Guards performing with other bands in the Grand Scotch Festival and Patriotic Concert in aid of the St John Ambulance European War Fund. Willie often told the story of how puzzled he was about why the pipe band was playing to an empty hall, until the lights went up to reveal the huge audience beyond the stage.

The 1st and 2nd Battalions Scots Guards saw action on the frontline throughout World War One. Willie was badly gassed in the war and suffered from chronic chest trouble for the rest of his life. He was so severely wounded that he was discharged in April 1917 after spending time in an army hospital in Glasgow. Despite being discharged ‘100% disabled’ and having to walk with crutches, Willie fought back to mobility and eventually joined the Lovat Scouts as Pipe Sergeant.

Willie was a prolific composer and talented piper, winning many medals throughout his career including a Gold Medal for marches at the Northern Meeting. Between the 1930s and 1950s Willie was a regular at ceilidhs and dances and his services as ‘fear-an-tighe’ or master of ceremonies was much in demand. One of his more popular compositions was ‘Willie’s Polka’ which was a popular request at dances throughout the area. Willie also made a splash in New York in 1922 whilst employed as a chauffeur to Francis Grant, a retired court official from Inverness. He piped their ship Cedric into port and during their week in New York and Willie played at a variety of society events.

Willie loved Highland and Gaelic culture. He knew the story of every ‘piobaireachd’ and was an exponent of ‘canntaireachd’, the art of teaching pipe music by special oral sounds. He passed on his skills to a new generation and taught on Skye from 1926 until 1932 at the behest of the ‘Comunn Piobaireachd an Eilein Sgiathanaich’, the Isle of Skye Piping Society. Many of his pupils became well known and some became champion pipers themselves. 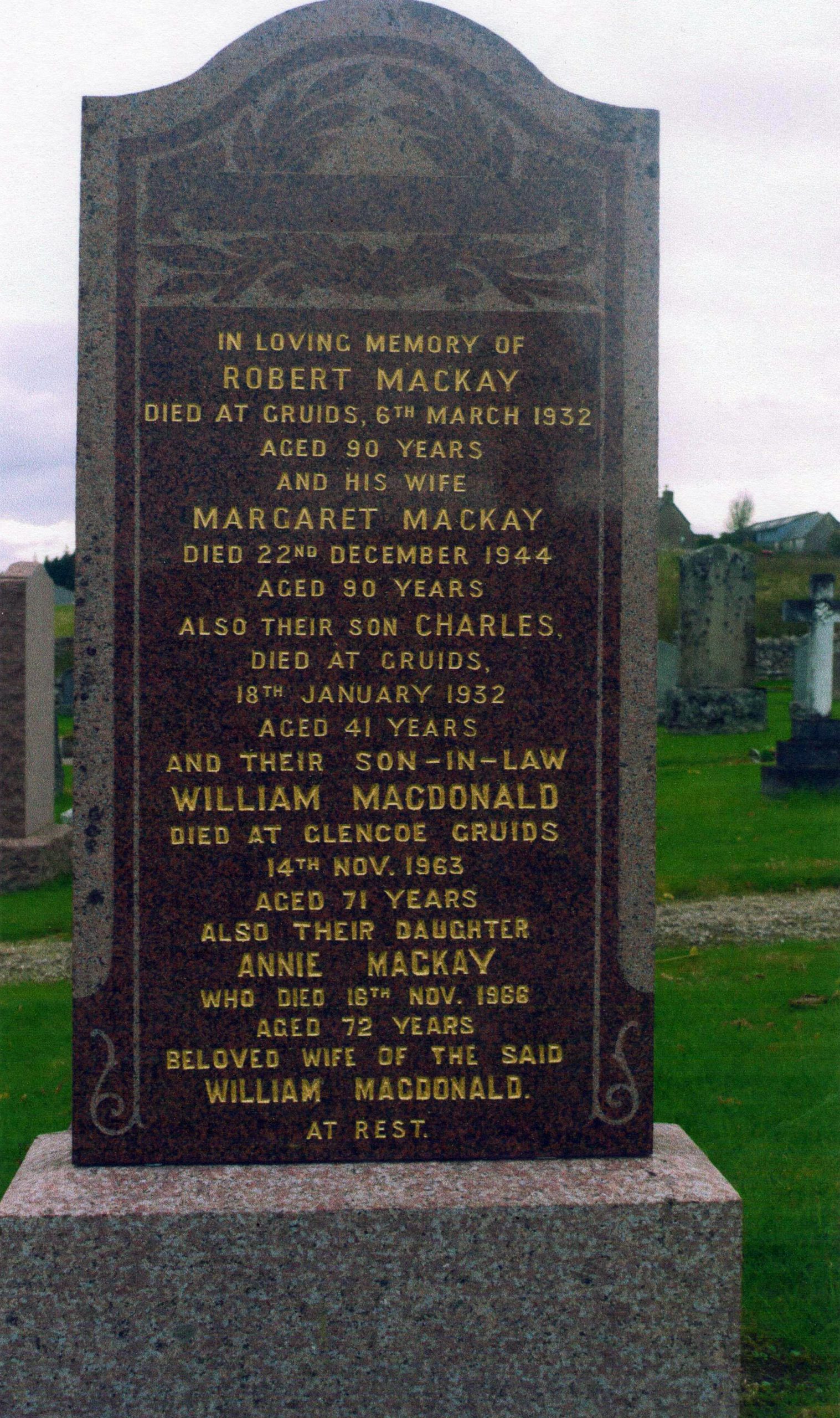 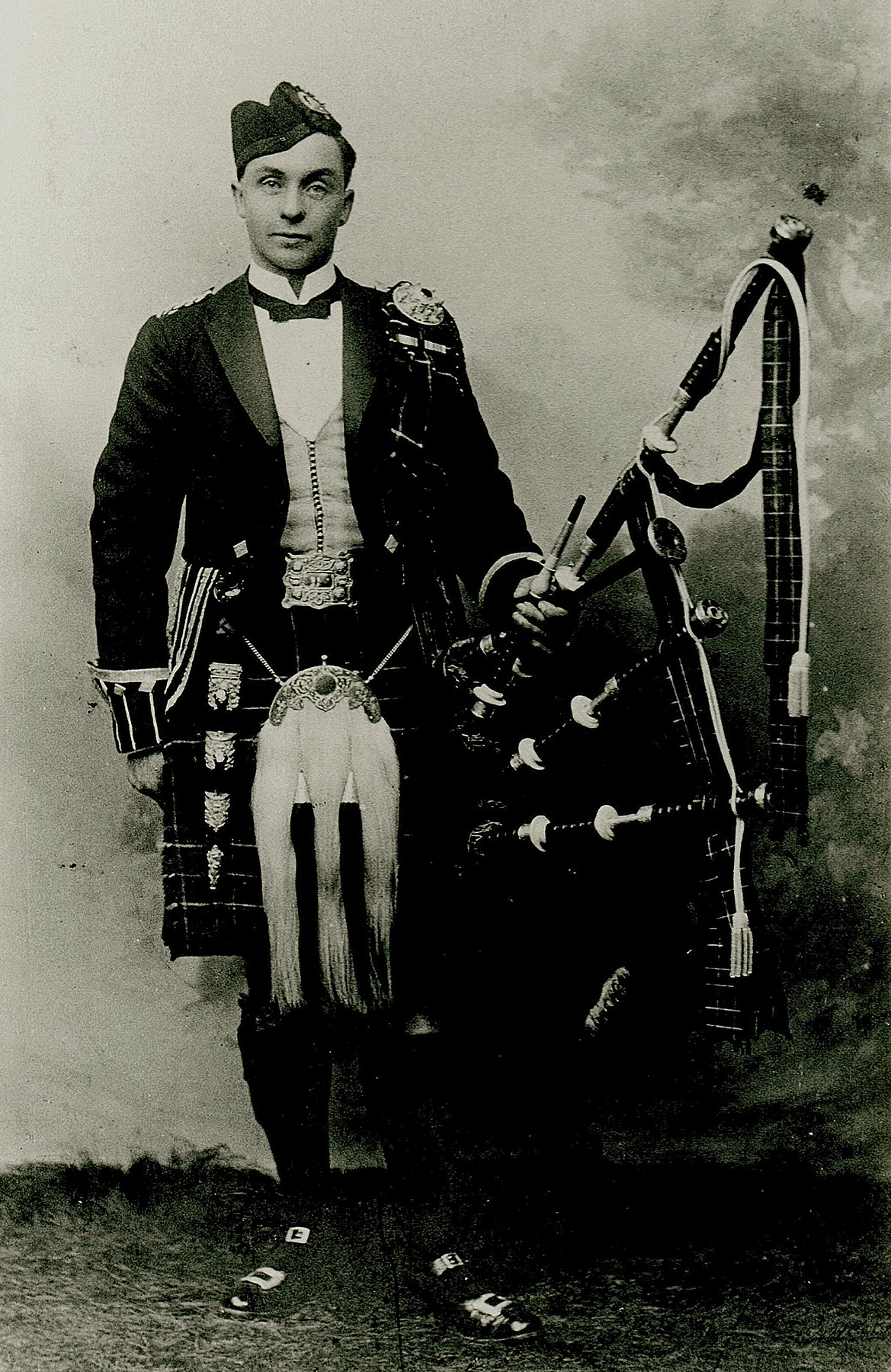 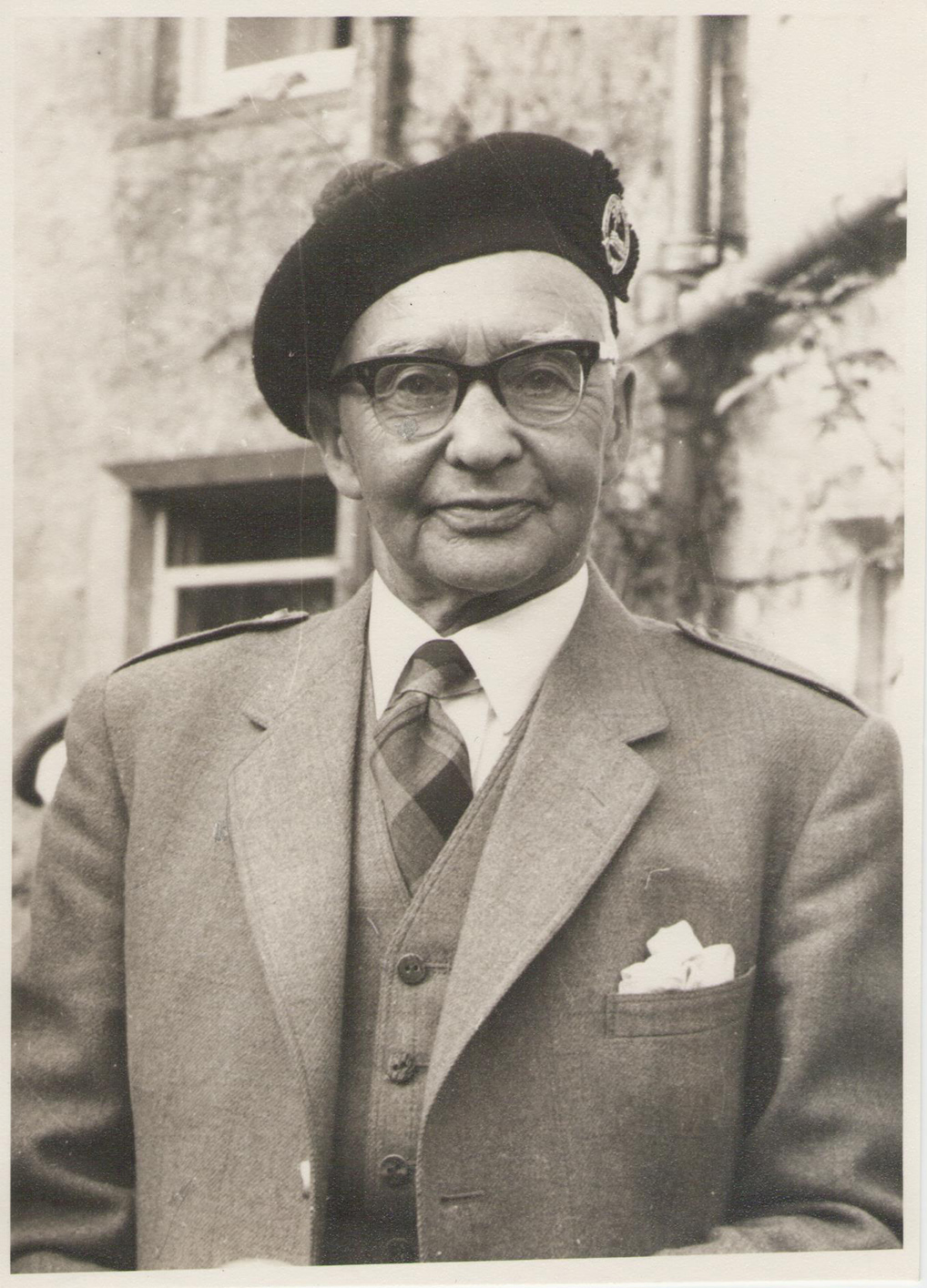 Discover the vibrant culture, inherited from Norse and Gaelic ancestors.

Want to find out more, visit
the STRATHNAVER MUSEUM Shop